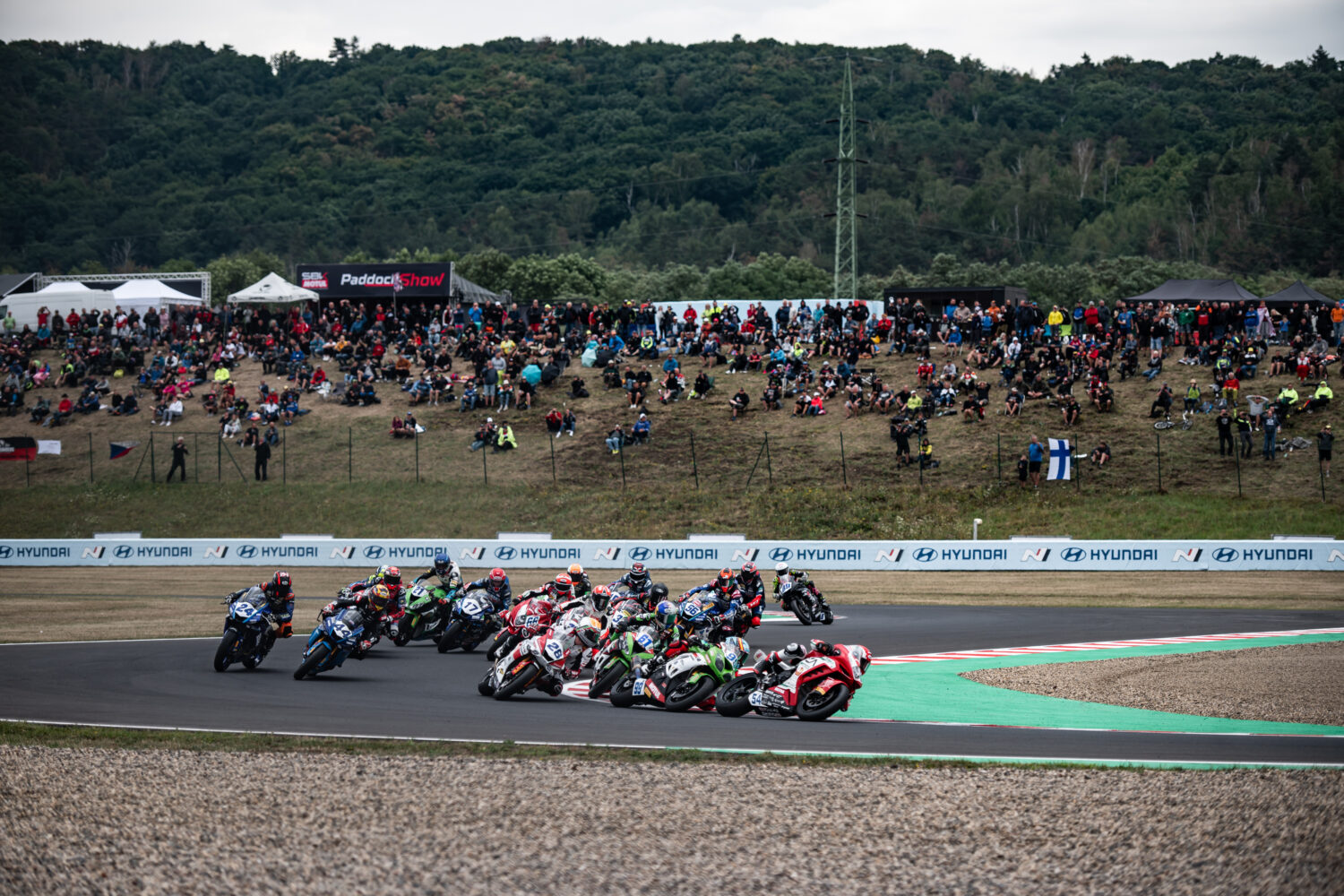 Last weekend from 29 to 31 July, the World Supersport Championship took place on the Czech circuit of Autodrom Most. Glenn van Straalen and the EAB Racing Team did well in the first race, but the second race was not good. From a warm Friday to a cool and rainy Saturday and a perfect Sunday, the weather kept changing.

The Friday practices started well and we saw the Dutchman from Hoogkarspel in tenth place overall after the free practices. The feeling with the bike was good straight away and Glenn managed to get a good race rhythm. The feeling before the Superpole session on Saturday morning was good. This qualifying session was a bit hectic, due to a red flag situation. As a result, the fast times had to be set in the last four minutes. The Yamaha rider clocked two fast laps, resulting in sixth place for the two races.

The first race was on Saturday afternoon. It was a chaotic start with a big crash, which Glenn managed to avoid. He recovered quickly and during the first pass we saw him in fourth place. He soon took over third and started chasing for second. The 21-year-old got followed by seven other riders who were chasing him. Glenn took over the second place and then it was a continuous change with a large group of riders. In the end, the EAB Racing Team rider crossed the finish line fifth after an excellent race.

The second race did not go to plan. Glenn had a good start but when braking into the first corner we saw a lot of movement at the Dutchman’s machine. As a result, he could not stop his machine in time and had to go straight through the gravel. He had to start his advance from the very last place and it was difficult to set the rhythm, which resulted in a fifteen place.

Glenn: “It was a mixed weekend. I used Friday to work on my race rhythm and it turned out well. The Superpole was good. It started with a red flag when I wanted to set a time. In the end I managed to pull out a good time for sixth place. Race one on Saturday afternoon was strong, the first corner was chaotic but after that I was able to get a good rhythm and we battled with a large group for second place. At the end I had it was difficult but with a fifth place we can be satisfied. The second race was bad. I braked to late into turn one and had to go through the gravel. We had to start from the back and I did not have the confidence and finished 15th. Thanks to the EAB Racing Team for their hard work this weekend.”

The first half of the WorldSPP season is over. The next weekend for the World Supersport Championship will take place on the weekend of 9-11 September at the Magny Cours circuit in France. In the meantime, Glenn will be in action with a wildcard at the IDM in Assen from August 12-14.