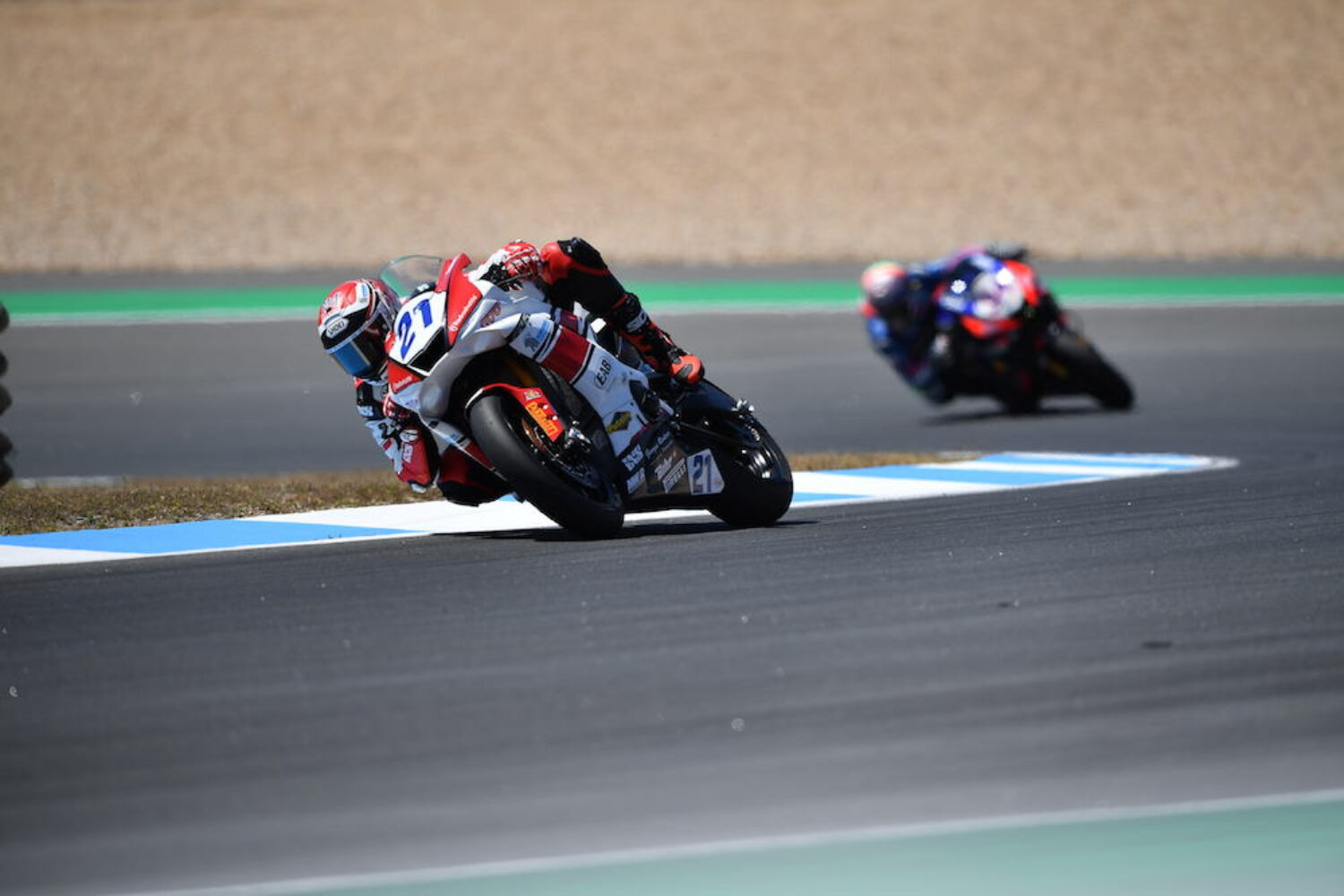 It is the Most Circuit, in the Czech Republic, that is hosting the fifth round of the FIM Supersport World Championship. This is the first time a world championship is competing at this track, considered both unique and, in many riders’ opinion, perhaps lacking in terms of safety levels. Despite the controversy, riders headed out on track as scheduled. Yesterday saw the Supersport field complete the two practice sessions, with Randy Krummenacher closing in ninth place in the morning and seventh in the afternoon with a time of 1’36.569.

The Team EAB Racing rider was back on track today, at 10.25 am local time, for the Tissot Superpole, but the qualifying session didn’t go as he expected. Krummenacher was unable to set a good time and, to complicate things further, he also crashed, meaning that he couldn’t complete a final lap. The Team EAB Racing rider therefore closed the session in eighteenth place, which translates into a sixth row start for the races. At 3.15 pm local time, and in temperatures of 27C°, the lights went out on the weekend’s first Superport 600 race.

From eighteenth, Krummenacher immediately made up several positions, up into thirteenth by the end of lap one. The Team EAB Racing rider made further progress to climb to eleventh during lap nine. The Swiss rider held this position until lap twelve, when the track conditions resulted in a red flag, which put an end to the race seeing as riders had already completed two thirds of the full race distance.

Randy Krummenacher: “Not the result we wanted of course but after eighteenth in Superpole this morning, I couldn’t have done much more than I did. If the red flag hadn’t put an end to the race, perhaps I could have made up one more position, but this is definitely not what I’m aspiring to. Unfortunately, we weren’t able to carry out any tests at this track and so we spent most of practice working on the set-up. But then the feeling wasn’t good in Superpole and so it went as it went. I hope to do better in race 2 tomorrow.”

Ferry Schoenmakers: “Eighteenth on the grid didn’t help us of course, especially a track like Most. Sometimes a qualifying session can condition an entire weekend but, in our case, the rider and technicians didn’t give up and worked to improve the situation in the race. Randy finished eleventh, making up a number of positions compared to his starting position and we’re already working to prepare for tomorrow’s race, in the hope of scoring a better result.”