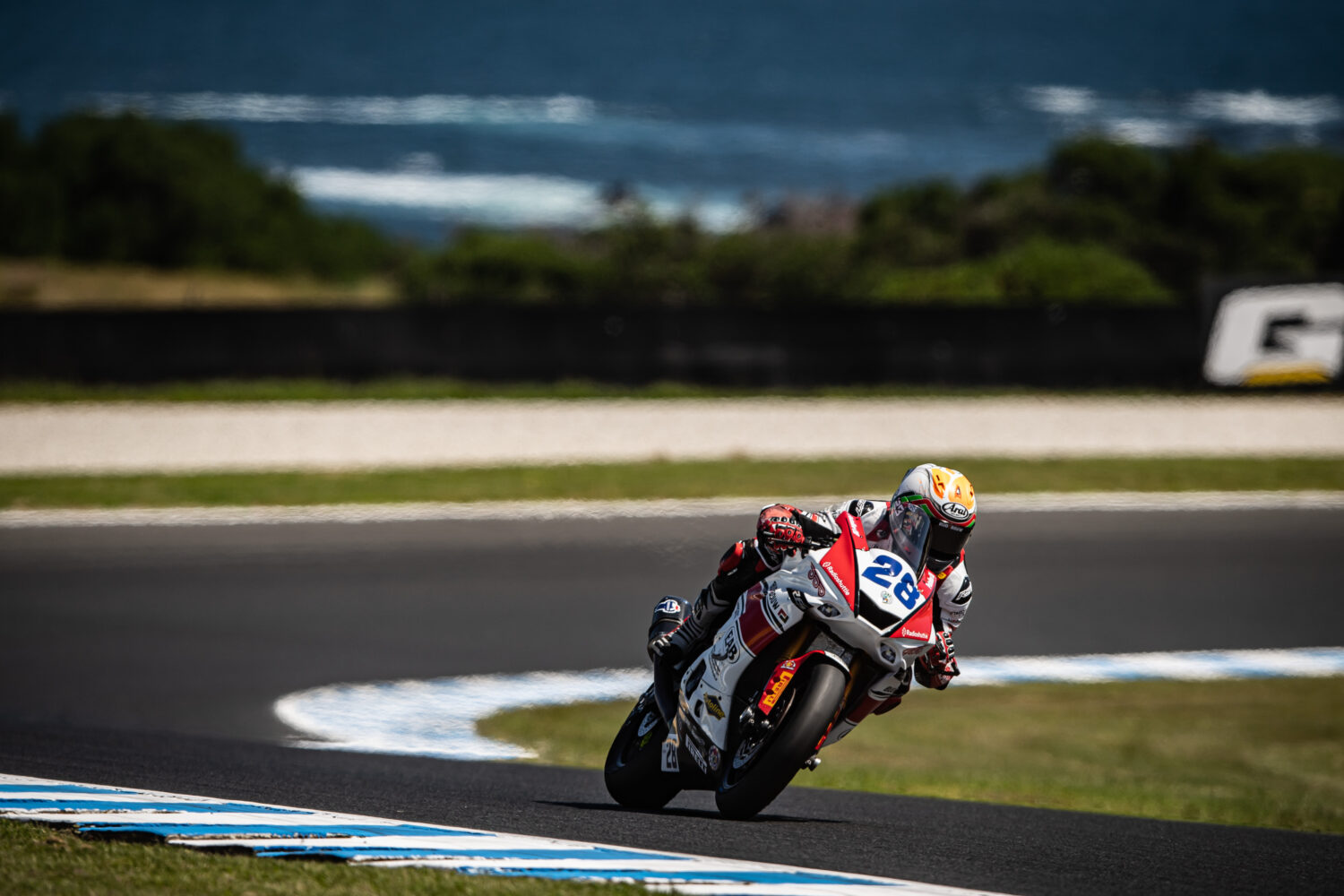 The last race weekend of the season is over. The Phillip Island Grand Prix Circuit in Australia was the final venue for the FIM World Supersport Championship from November 18 to 20. Glenn and the EAB Racing Team rode their last race of the year. It was a good race weekend for Glenn with an 11th place in the first race and a tenth spot in race two.

Friday morning at 10:30 am local time, 00:30 am Dutch time, the first free practice for the World Supersport started. It was sunny and the temperature was pleasant compared to the days before. The opening day started off difficult for Glenn, still suffering from his injury sustained in Indonesia. As the weekend went on, Glenn started to feel better and got more confidence and speed.

On Saturday morning, the EAB Racing Team rider felt much better on the Yamaha YZF-R6. The Superpole took place on a drying track and Glenn and the team were able to make the right choice with the set-up. It was a good qualifying session in which he set a time that was good for ninth on the grid. However, due to a yellow flag situation, Glenn was reduced to fifteenth place and therefore had to start the race from the fifth row.

The first race of the weekend was on a wet track, something we have not seen before this year. From the start Glenn held his position and it was a long race with eighteen laps. In the beginning it was a bit difficult but as the race followed the 22-year-old rider got a better rhythm and managed to set good times. The second half of the race was therefore extremely strong, with Glenn closing a gap of nine seconds. On the last lap he made up two places and crossed the finish line in eleventh place.

The last race of the season started at 14:30 local time, 04:30 Dutch time. It was a strong race, in which Glenn showed his true fighting spirit. He had nice fights, overtakes and fought his way forward. He made up several places and showed himself at the front of the group fighting for eighth place. In the final laps he rode with a group of four riders with Glenn crossing the finish line in tenth place.

Glenn: “We end the season with a positive feeling. After some difficult races we showed ourselves well in Phillip Island. Friday started difficult in Australia but during qualifying I felt a lot better on the bike. The first race was completely wet, a situation we hadn’t had this season. The opening was difficult but soon I had a better rhythm and good times, which resulted in a eleventh place. The last race I felt good from the start. With great fights and overtaking actions, we end the season in tenth place. I want to thank everyone who made this season possible. Thanks to the EAB Racing Team for their trust.”

As a team we close the 2022 season on a positive note after an exciting course this year in the FIM World Supersport Championship. The EAB Racing Team hopes to announce its plans for 2023 soon, more about this later.