The curtain goes up on the WORLDSSP at Aragon 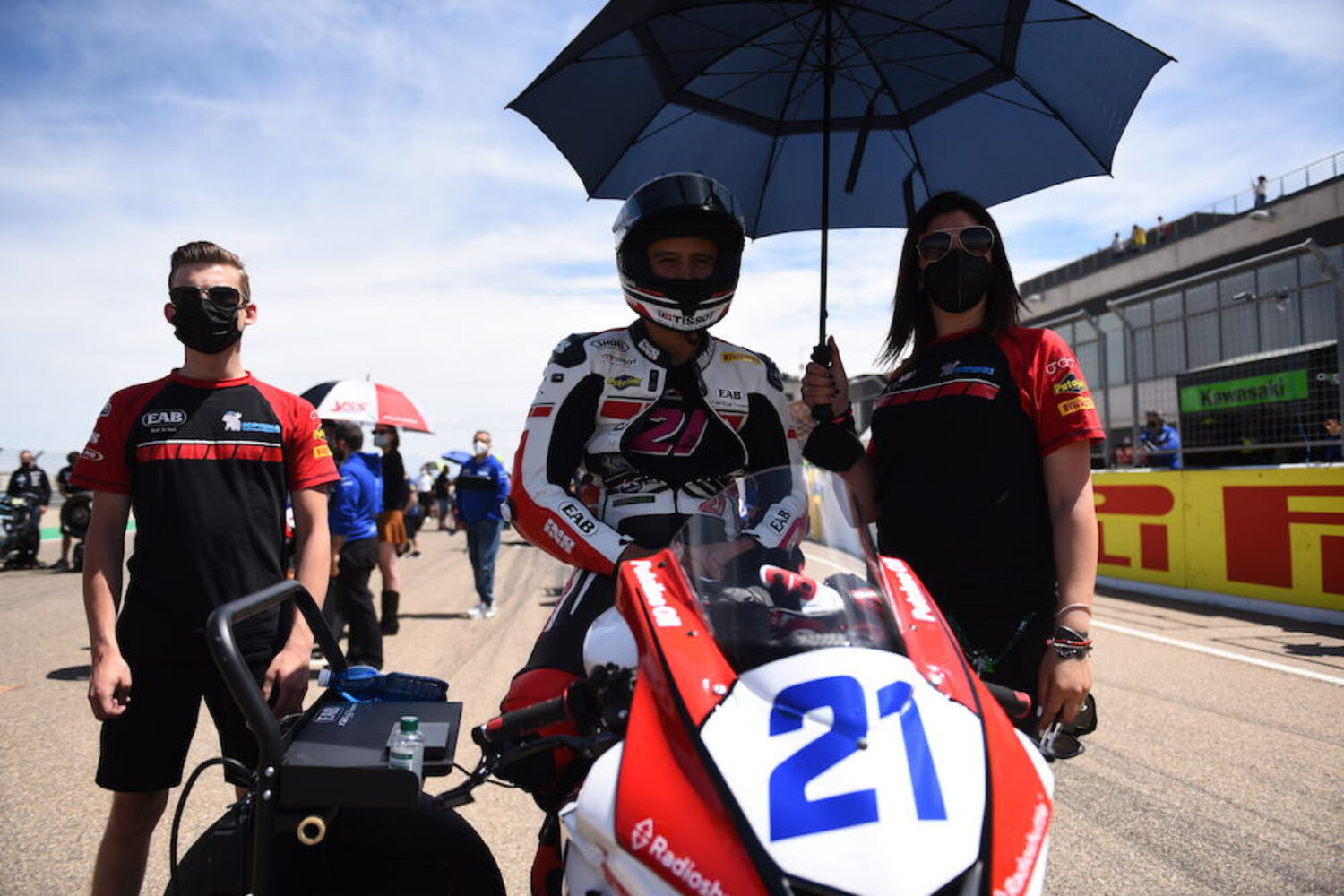 After a long break, the 2021 Supersport 600 World Championship is finally underway. The stage for the season’s opening round is Motorland Aragón, a track located close to Alcañiz, in the autonomous community of Aragón.

Krummenacher, competing for EAB Racing Team, ran his last race at the Doha circuit in Qatar back in 2019, where he won the world title. He then essentially sat out the 2020 season, only appearing at the first Australian round. But the past is now behind him and the Swiss rider is back on track.

The rider must now get used to the new two-race format. In 2021, Supersport teams will in fact compete on both Saturday and Sunday, while Friday is dedicated to free practice. Yesterday Krummenacher was unable to take part in the morning’s practice due to a technical problem. This was resolved in time for the afternoon session, in which Randy finished fourth.

This morning, at 10:25 CET, it was time for Tissot Superpole, the qualifying session that establishes grid positions for both the weekend’s races. However, Krummenacher and EAB Racing Team paid for the fact they missed the first practice session. The weather conditions are very changeable this weekend, even during the course of a day. Temperatures are significantly cooler in the morning and, having not fully tested their set-up in the cool conditions, Randy suffered a crash during qualifying. Forced to return to the garage, he had to settle for fifteenth place on the grid.

At 15.15 local time, the lights went out and the first race of the season got underway. Having got off the line in fifteenth place, Krummenacher crossed the line eleventh today.

#RK21: “The crash during this morning’s Tissot Superpole prevented me from finishing the session as the bike was destroyed, but this was the price the team and I paid for not riding yesterday morning. Temperatures are so changeable over the course of a day and so we hadn’t practiced with conditions like those we had this morning. In the race, I started fifteenth but remained pretty far back and crossed the line eleventh. I couldn’t find the feeling or the right confidence to move up. Tomorrow’s another day though and every experience will help us to improve. I want to thank my team as, despite being short on time after the crash, they were able to have the bike ready for me to take part in the race. Now we’ll work hard to prepare for tomorrow.”