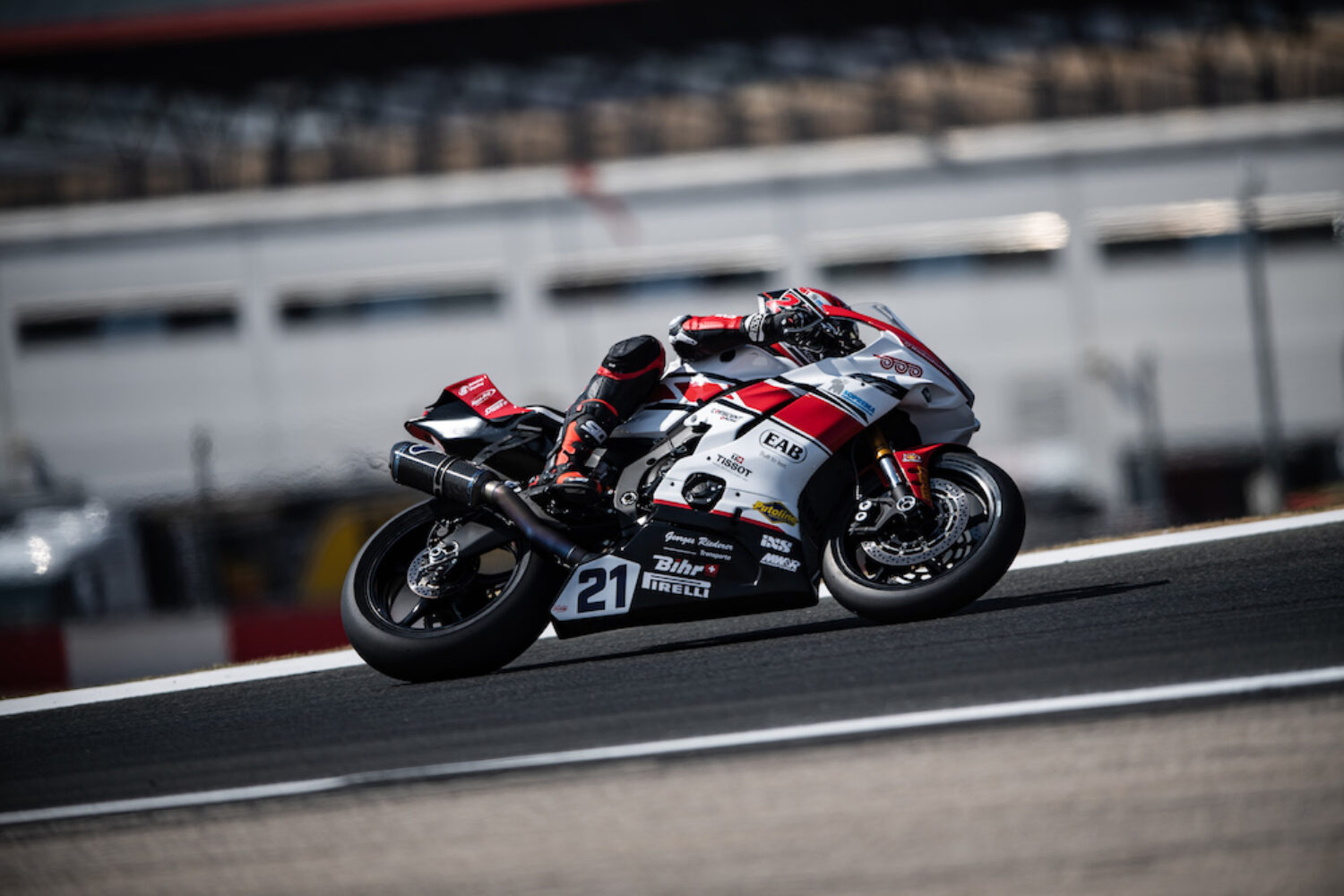 After just a week’s break, the FIM Superbike and Supersport world championships are back on track. The stage for this round is the Navarra Circuit, located in the Spanish region of the same name. This is another new track and new challenge for the teams and riders.

Krummenacher was out on track for yesterday’s practice sessions, setting the fifth fastest time in the morning and, the fourth fastest time, a 1’41.795, in the afternoon.

Today, at 10.25 am local time, the riders were out for the Tissot Superpole, a session that establishes grid positions for the weekend’s two races. Krummenacher’s best lap (1’40.839) was subsequently cancelled as he completed it under a yellow flag. The Swiss rider was therefore forced to settle for eleventh place, achieved thanks to a valid time of 1’41.185.

The weather has been a real unknown in recent rounds, and the same applies this weekend. Temperatures yesterday were a lot higher than forecast for example. While today’s temperatures were expected to be high but didn’t actually exceed 23°C during the Tissot Superpole.

The situation was different once again on today’s race grid. At 3.15 pm local time, as the lights went out, the thermometer read 33°C, with a track temperature of 47°C.
From eleventh on the grid, Krummenacher ran a good race, able to make a series of passes and cross the line in sixth position.

Randy Krummenacher: “It was a very hard race. Yesterday, in practice, temperatures were high but this morning, during the Tissot Superpole, the situation was totally different and I couldn’t complete a really good lap, also because my best lap was cancelled, otherwise I could have started further forward. The heat was back for the race and, although my feeling with the bike wasn’t great, I was very consistent and that meant I could catch up and finish sixth. I hope to do better in tomorrow’s race”.

Ferry Schoenmakers: “Krummenacher started from eleventh on the grid today and finished sixth, a considerable result although I know he could have done much better. I hope that both Randy and the team are able to work in this direction already for tomorrow’s race.”