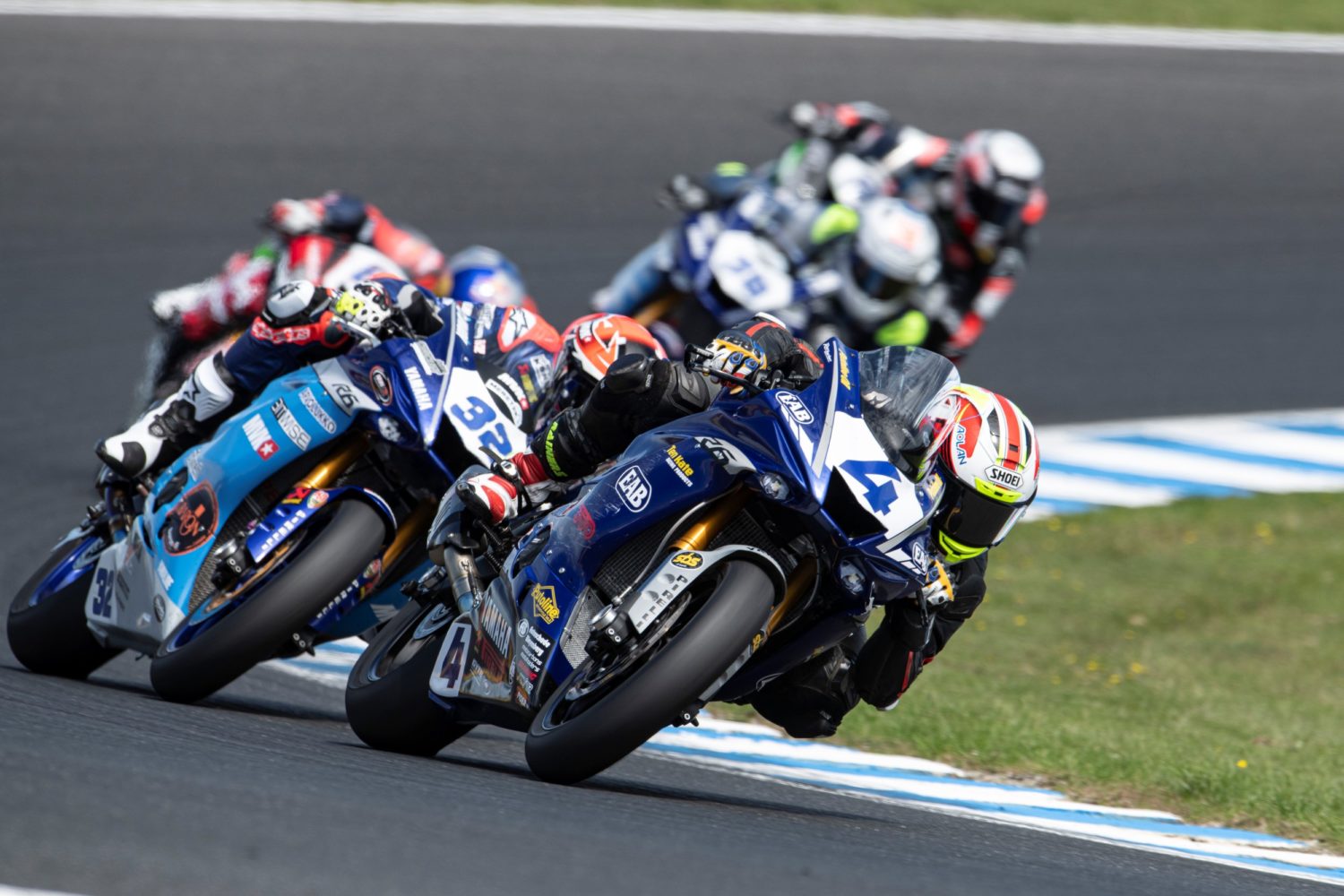 Steven Odendaal has finished in a seventh place during the first World Supersport race of 2020 at Phillip Island in Australia. Steven hold his position after the first lap, but lost one place a lap later aboard his EAB Ten Kate Racing Yamaha YZF-R6. The first race of the FIM Supersport World Championship season took place under flag-to-flag conditions. Riders were free to choose when to do their pit-stop, under the condition that no tyre was used for more than 10 laps. Steven and EAB Ten Kate Racing decided to pit early and it turned out to be a good decision as Odendaal ended the race in a seventh place.

It was the end of a challenging weekend for both rider and team. On Friday, Steven crashed heavily in the first corner, caused by oil from another bike. Fortunately Steven escaped from serious injuries as he crashed with over 200 kilometres per hour, but he lost some skin at his elbow and his fingers and had a sore body after the heavy impact from the crash in the famous Doohan Corner, one of the fastest corners in the world.

Unfortunately, it turned out not to be the only heavy crash for Steven as he crashed in the warming-up session in Turn 2. Again he escaped from serious injuries but his Yamaha was damaged badly, with only a couple of hours to go before the start of race. The EAB Ten Kate Racing mechanics were able to rebuild the R6 in record time and were rewarded for their hard work with a hard-fought seventh place in the race.

EAB Ten Kate Racing team manager Kervin Bos: “Seventh is not the result we expected as we all know Steven can do much better and has a faster pace in normal circumstances. Especially after the pit stop, he had a few problems keeping up the pace and that was something we didn’t expect as this was his strong point during the practice sessions earlier this weekend. We have to find a better set-up for him in order to find a better race pace in the next events. Steven is still adapting his riding style from the Moto2 World Championship to the World Supersport Championship , but that is all part of the learning process for us. The top speed of our Yamaha is impressive so a big thank you to our tuning department, the team has done a brilliant job this weekend and Steven has shown that even after two big crashes he is able to score good championship points. So in the end we can be satisfied but we want more. Qatar is next and we all looking forward to this race!”

The next World Supersport race will be in two weeks’ time at the Losail International Circuit in Qatar.