Krummenacher forced to retire during Race 2 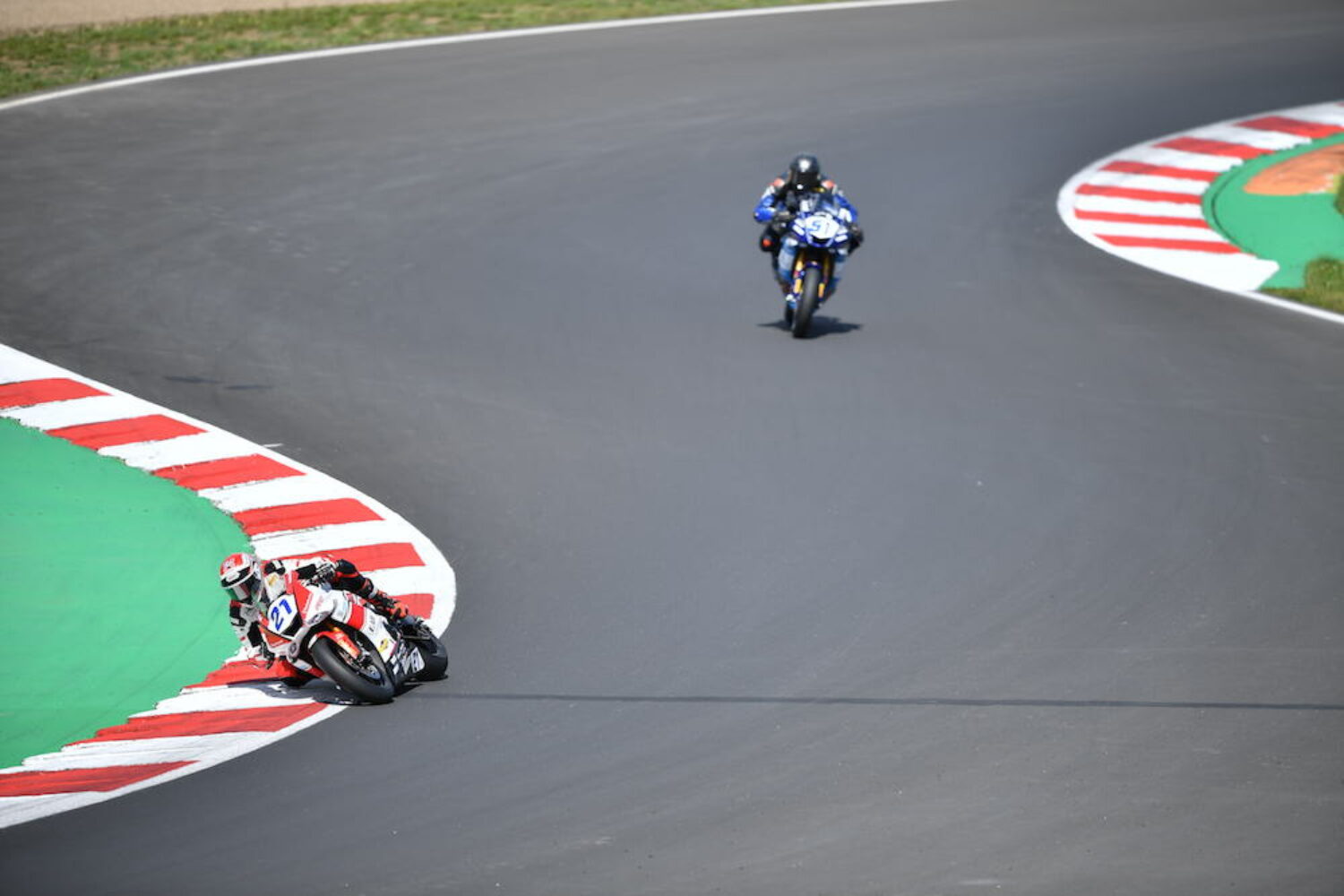 The curtain drops at the circuit of Most, in the Czech Republic, at the end of the fifth Supersport World Championship round. Sunday’s race unfortunately ended with a DNF for Team EAB Racing rider Randy Krummenacher.

Having finished eighth in warm-up, he lined up on the grid in sixteenth place, two places further forward compared to yesterday, as two riders who would have started ahead of him were declared “unfit”. At 12.30 pm local time, the lights went out on the weekend’s second and final SSP 600 race. Of the full nineteen-lap race distance, Krummenacher completed only eleven. The EAB Racing rider was forced to retire on lap eleven due to technical problem.

Randy Krummenacher: “In warm-up this morning I had good feeling with the bike. I definitely didn’t think I’d have to retire from the race. Unfortunately, a few laps in, the bike started to feel very unstable and I was forced to stop. My team is checking what might have happened. A weekend to forget then, and all I can do now is look ahead and hope that the next round at Navarra on 20-22 August goes a lot better.”

Ferry Schoenmakers: “It’s been a very difficult weekend. We hoped to do better in the second race today, but our hopes were dashed when we saw Randy stop on lap eleven. That’s racing, and anything can happen, but it’s important not to lose focus, to identify the problem and find a solution. I know that the technicians are already working on it and I’m sure we’ll find better solutions for the next round at Navarra.”