Randy Krummenacher starts over with “twenty-one” and EAB Racing Team 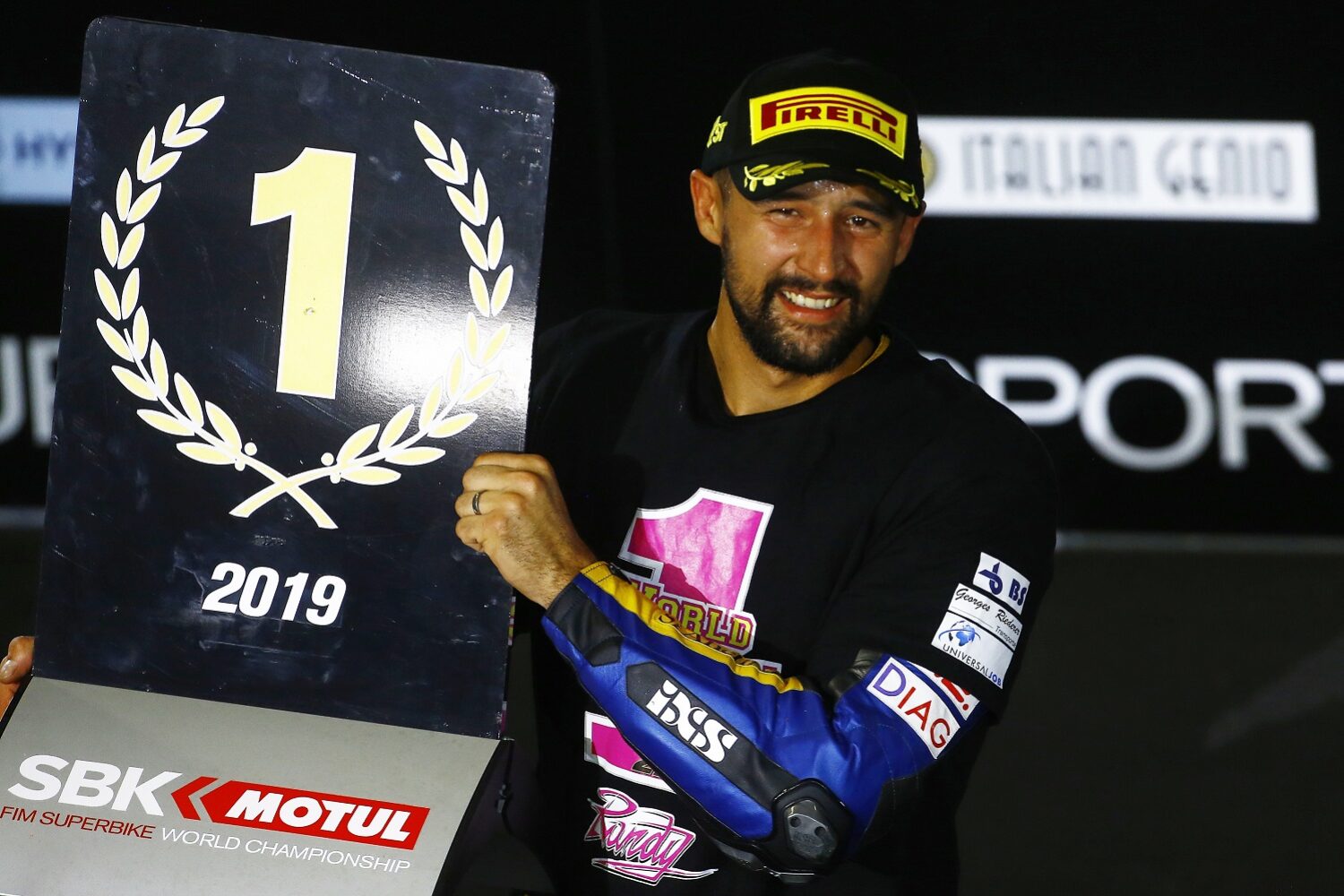 2020 has definitely not been a positive year for Randy Krummenacher race-wise, but it’s now behind him and the Swiss rider is ready to start over with #21, in a year he hopes will bring him luck and the opportunity to fight for the title once more. 21 was the number with which he was crowned 2019 World Champion.

Conditions appear favourable and, in the last few hours, Randy has signed with EAB Racing Team, the Dutch squad that will field Randy as its sole rider.

Paths and destinies sometimes overlap and allow for the realisation of important projects. Krummenacher was negotiating with Team PTR, which would have had him ride the Triumph 765 in what would have been his debut BSB season. Krummenacher was seriously interested in the project especially because Triumph, if all goes to plan, will return to World Supersport in 2022 and Krummenacher would have had the chance to return with Triumph. At the same time, EAB Racing Team had confirmed rider Bo Bendsneyder for 2021.

Krummenacher was then forced to turn down the attractive BSB offer with travel to the UK becoming increasingly complicated due to the ongoing Covid-19 pandemic, a national series at greater risk than an international championship. Krummenacher considered all the various factors and ultimately concluded that there was too great a risk of having to stay in the UK or be unable to reach the racetracks in question. The Swiss rider therefore decided against such a significant commitment as there was simply too much uncertainty as to whether he’d be able to see it through. Meanwhile, and as fate would have it, EAB Racing Team found itself without a rider, Bo Bendsneyder having opted to accept a solid Moto2 offer rather than continue with the Dutch project. A rider seeking a solid ride meets a team with big ambitions, and the deal is done.

Dorna envisages twelve championship rounds, with one additional event still to be announced. If the pandemic, which continues to create havoc around the world, were to let up, the calendar promises an interesting event schedule, with the addition of a new track in Indonesia and the removal of Qatar, the regular host of the final round until last year. Australia, which normally serves as the season-opener, has been shifted to later in the year, its dates still to be announced.

Randy Krummenacher: “I can finally put this difficult period of my career behind me. It’s time to start over and I can’t wait to get back on the bike. I’ve really missed riding to be honest and am keen to get back to it. I immediately felt good with Ferry Schoenmakers, head of EAB Racing Team, and know that, even if we’ll have to work hard, we’ll be working in the same direction, joining forces to achieve significant results. The year couldn’t have started in a better way and this is thanks particularly to Ferry, who has considered me, all my sponsors and supporters, as well as my family that supports me in making the right decisions. I hope to be able to repay them all with my results on track and am looking forward to a full throttle ’21!!!”

Ferry Schoenmakers: “I’m really pleased. Randy and I immediately understood each other and realised we’re on the same page. Destiny had it that our projects, both his and ours, took a change in direction so that we found ourselves in the same situation at the same time. We will now start work right away and hope that we’ll soon be able to take to the track for some testing. I’m sure that we’ll be able to do well with Randy, in the hope that the pandemic doesn’t impact on Dorna’s 2021 calendar as it did this year. I want to thank all our sponsors and everyone who has worked to ensure that this project could become a reality. Let’s hope it’s a very satisfying and successful 2021 for everyone!”