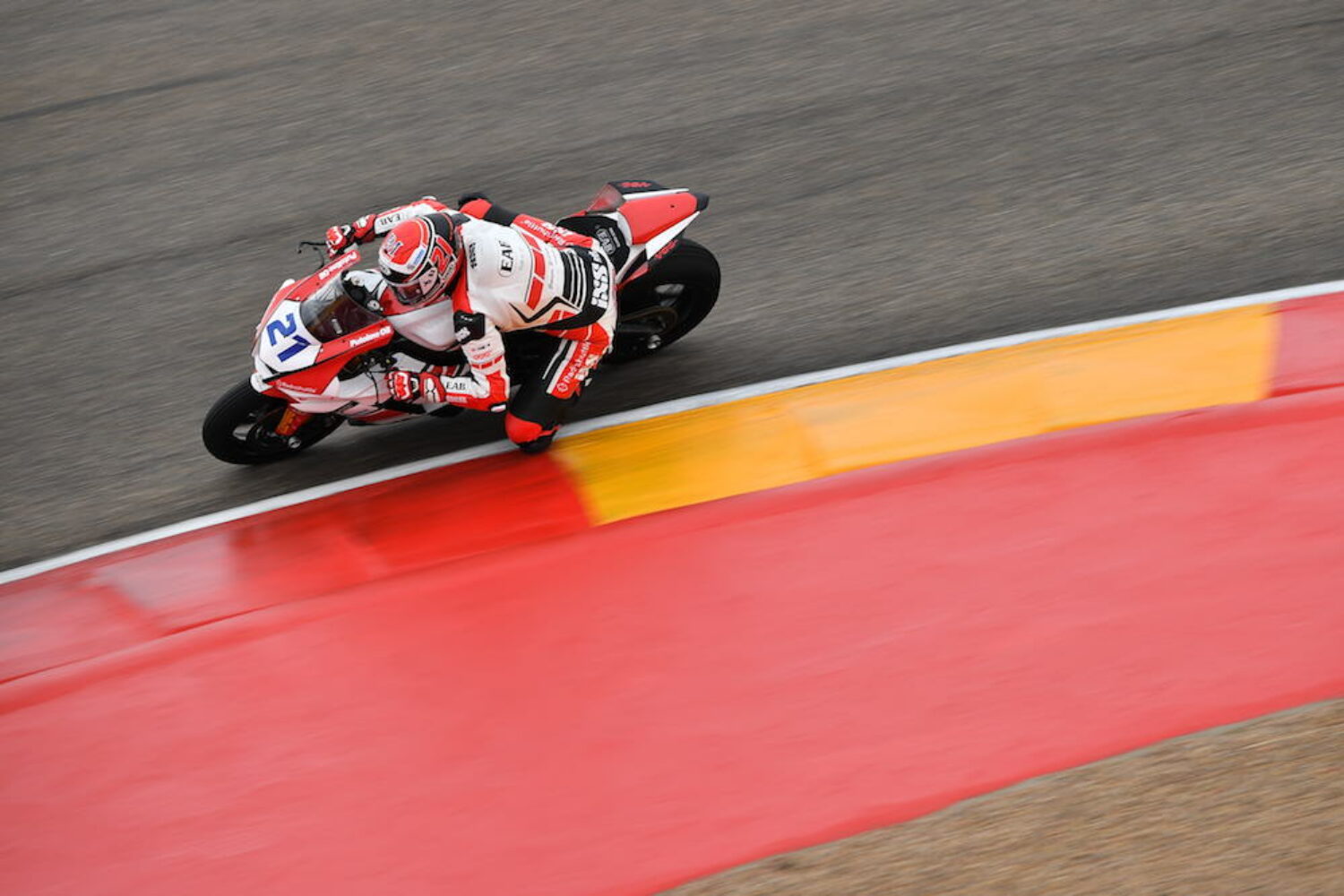 The opening round of the Supersport FIM World Championship has come to a close at the Circuito di Aragón today.

Race 2 got underway at 12.30pm local time, EAB Racing Team rider Randy Krummenacher starting from fourteenth on the grid, one position further forward compared to yesterday due to the absence of rider Niki Tuuli, the victim of a crash yesterday. Krummenacher made a good start, immediately making up many positions to move into third on lap two.

The weather conditions appeared unpredictable before the race and this perhaps meant that Krummenacher and his team made an incorrect set-up choice. The Swiss rider went with a wet set-up and rain tyres which allowed him to make up places through the opening stages but then hindered him as the track gradually started to dry, causing him to fall back and lose the previously gained ground. Randy finished his race in ninth position, and has high hopes for the next round which will see the team competing at the Estoril track in Portugal already next weekend (28-30 May)

#RK21: “Definitely not the best race weekend and the results are not what I was hoping for. Unfortunately, a series of things occurred, first a crash in Superpole, which saw me forced to start from the back, then the uncertain weather and an incorrect set-up choice. I’m not disheartened though and together with my team, we’ll analyse the data and understand where to improve in order to return to the track next weekend and score better results. A big thank-you to the sponsors that support us and to the whole team.”