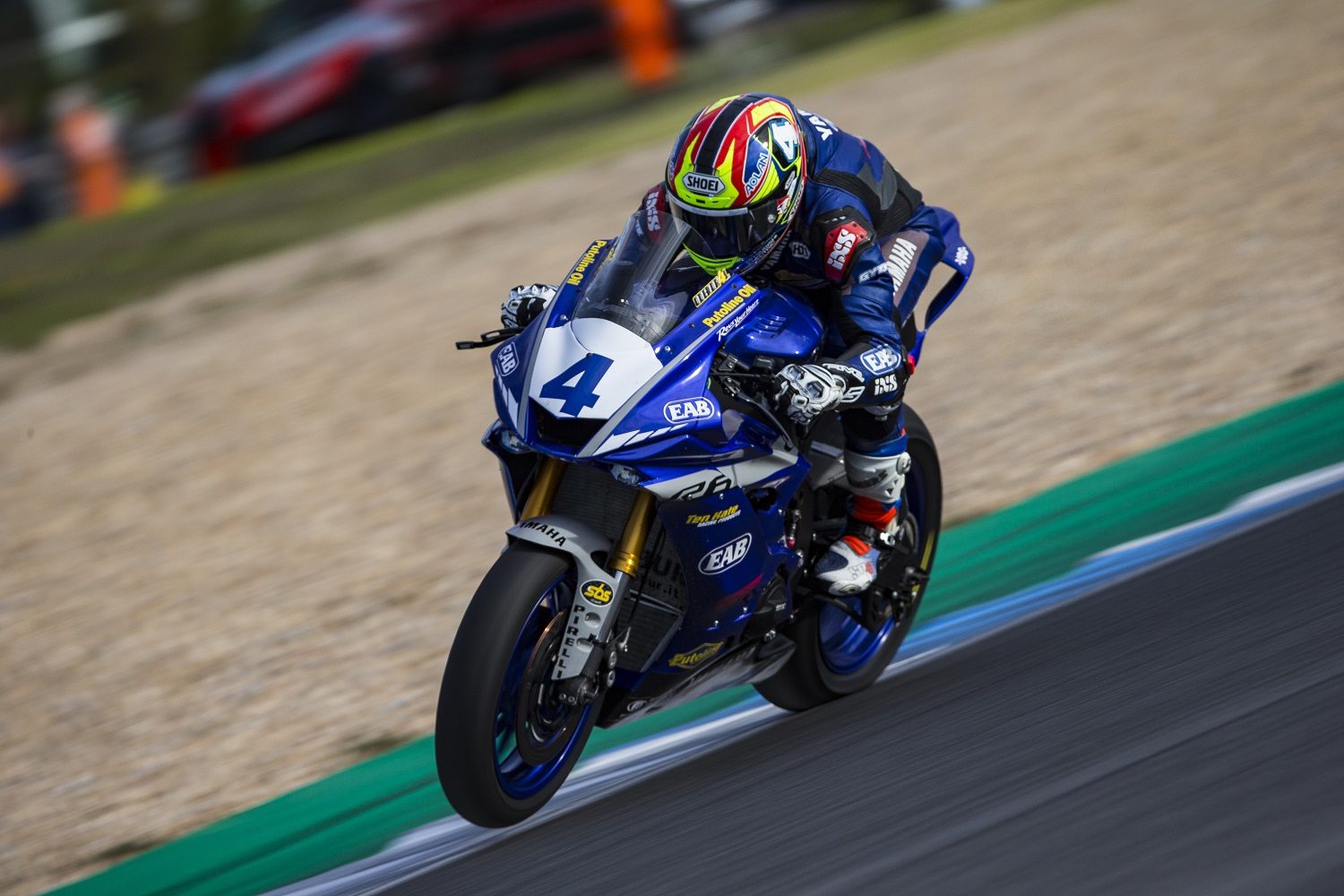 For the first time in 27 years the WorldSBK paddock was back at Estoril this weekend for the grand finale of 2020. Circuito Estoril was a new circuit for many, but – instead of Magny-Cours – familiar territory for the EAB Ten Kate Racing riders Steven Odendaal and Victor Rodriguez. Steven raced before at the Portuguese track when he competed in the World Championship Moto2™ and Victor knows the former Formula 1 circuit from his time in the Spanish championship.

Steven scored a superb fifth place in yesterday’s first WorldSSP race at Circuito Estoril. Steven started from the third row of the grid after his ninth place in the Superpole session and hold his position before the race was red-flagged due to track conditions following a crash at Turn 13. After the restart, he was in fourth for a long time before he finished the race in a very promising fifth place.

But he saved the best for the last as Steven was fighting for the podium in the last WorldSSP race of 2020 and was the fastest man on track halfway through the race. In the end, he finished fourth after an impressive last lap which almost put him on the podium as he crossed the line just 0.130 seconds after the man in third and only a second from the race winner.
Steven ended his first ever WorldSSP season in a strong P5 – 136 points – in the final standings.

Victor Rodriguez had a difficult Superpole session in the WorldSSP300 Championship, which meant he had to start from the eighth row. An unexpected setback for both rider and team after a strong third place in Free Practice 3 and a promising Friday.

His tricky Superpole result soon turned out to be an incident as Victor improved lap after lap in WorldSSP300 Race 1 before he lost a lot of time after a crash just in front of him. Victor almost crashed himself but was luckily to stay on his bike when he was touched by another rider. Despite these eventful moments, he finished the race in a fantastic fifth place. In Race 2 he recovered again a lot of positions before he crashed out with 7 laps to go and had to watch the rest of the race from the side-lines in frustration.

EAB Ten Kate Racing team manager Kervin Bos: ‘That was an exciting race weekend! Both Steven and Victor did a wonderful job and Steven was so close to the podium in WorldSSP Race 2. It’s a shame it didn’t work out for us, but you can’t be disappointed after such a great weekend. I would like to thank all our sponsors, riders, team members and everyone else involved in our project. It was a very special year, that we will remember for a very long time, for different reasons of course. Preparations for 2021 have already started and we can’t wait for the next season!’