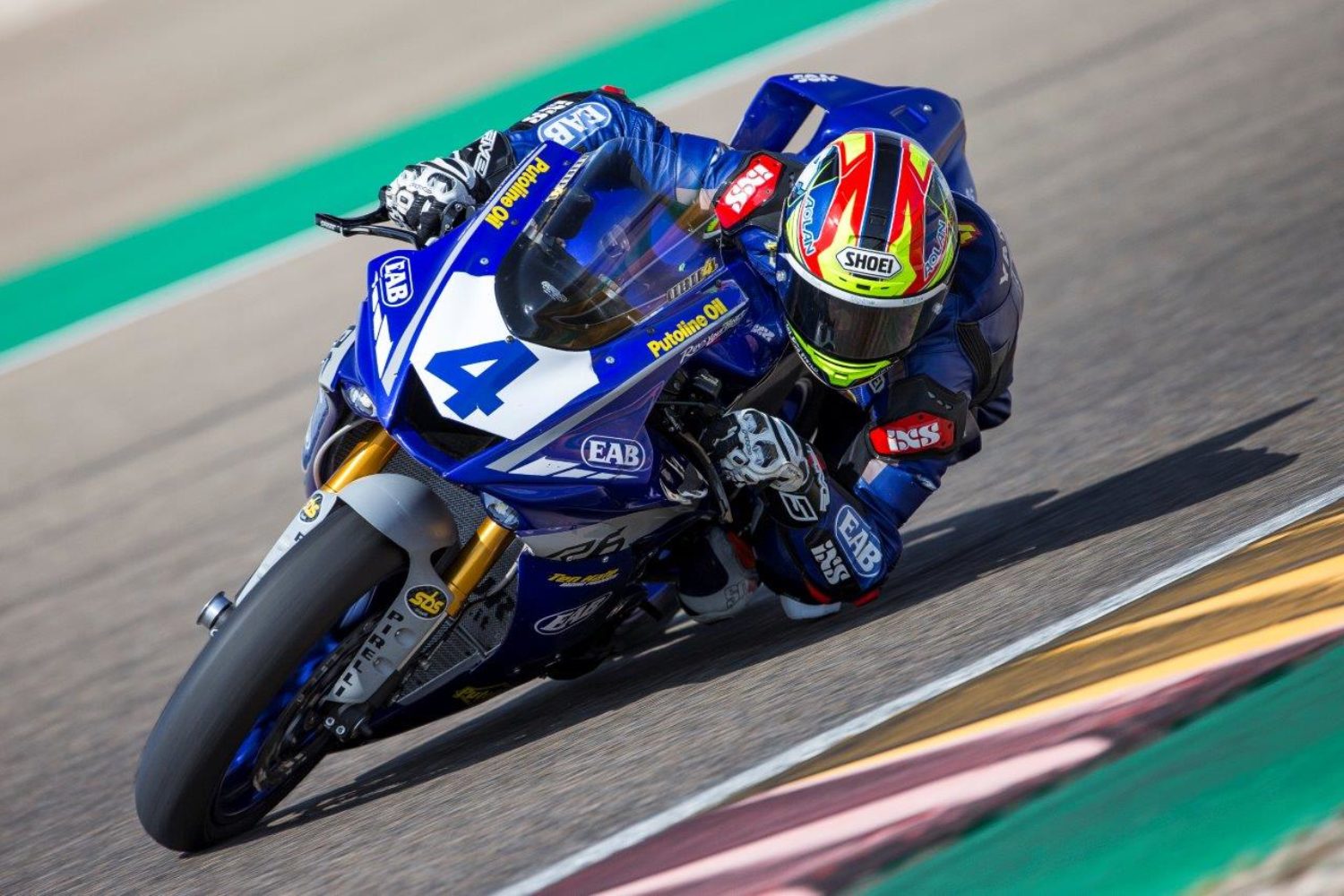 EAB Ten Kate Racing rider Steven Odendaal has scored an 8th place in today’s second WorldSSP race at MotorLand Aragon in Spain. Steven had a superb start from P8 on the grid, but lost some ground in the first lap and was in P8 again when he crossed the finish-line for the first time. In the later stages of the race, he had a mega battle with Corentin Perolari from France for 7th place in the race. Both riders overtook each other many, many times before Perolari managed to escape from Steven in the sprint to the finish. The difference between both riders was only one hundredth of a second.

On Saturday Steven ended in a strong 6th place in the first WorldSSP race at MotorLand. The EAB Ten Kate Racing rider had to start from the 5th row of the grid after a six place penalty in the Superpole – which he ended in P8 – and was able to improve lap after lap in the Saturday race. Steven was in P6 for a long time but had to go all out in the last lap as Isaac Viñales from Spain was able to pass him. Thanks to a very strong last sector, Steven won the sprint to the finish from Viñales by only 0.012 second.

Glenn van Straalen had to qualify himself by the Last Chance Race in the WorldSSP300 championship. With P4 – just 0.106 from race winner Alex Kroh – he did what he had to do. A couple of hours later, Glenn ended the first WorldSSP300 race of the weekend in P22. He could avoid a crash of a rider in front of him but lost a lot of time by doing that. On Sunday it went much better for Glenn as he finished the second WorldSSP300 race of the weekend in a wonderful 12th place. An impressive result from 32th on the grid. Unlike many of his colleagues, Glenn remained calm and precise throughout the entire race, ensuring a positive end to a difficult weekend for him.

EAB Ten Kate Racing team manager Kervin Bos: ‘This was for sure not the easiest weekend for both Steven in the WorldSSP and Glenn in the WorldSSP300. Given these circumstances we have to be satisfied with a double top 8 for Steven. Glenn has shown that he never gives up, even in hard times and his performance in today’s race was very good. Next weekend we will race again at MotorLand Aragon and we will use the upcoming days to make a decent plan for both Steven and Glenn to have better results during the second race weekend here in Spain. It is possible as we have seen yesterday and today.’