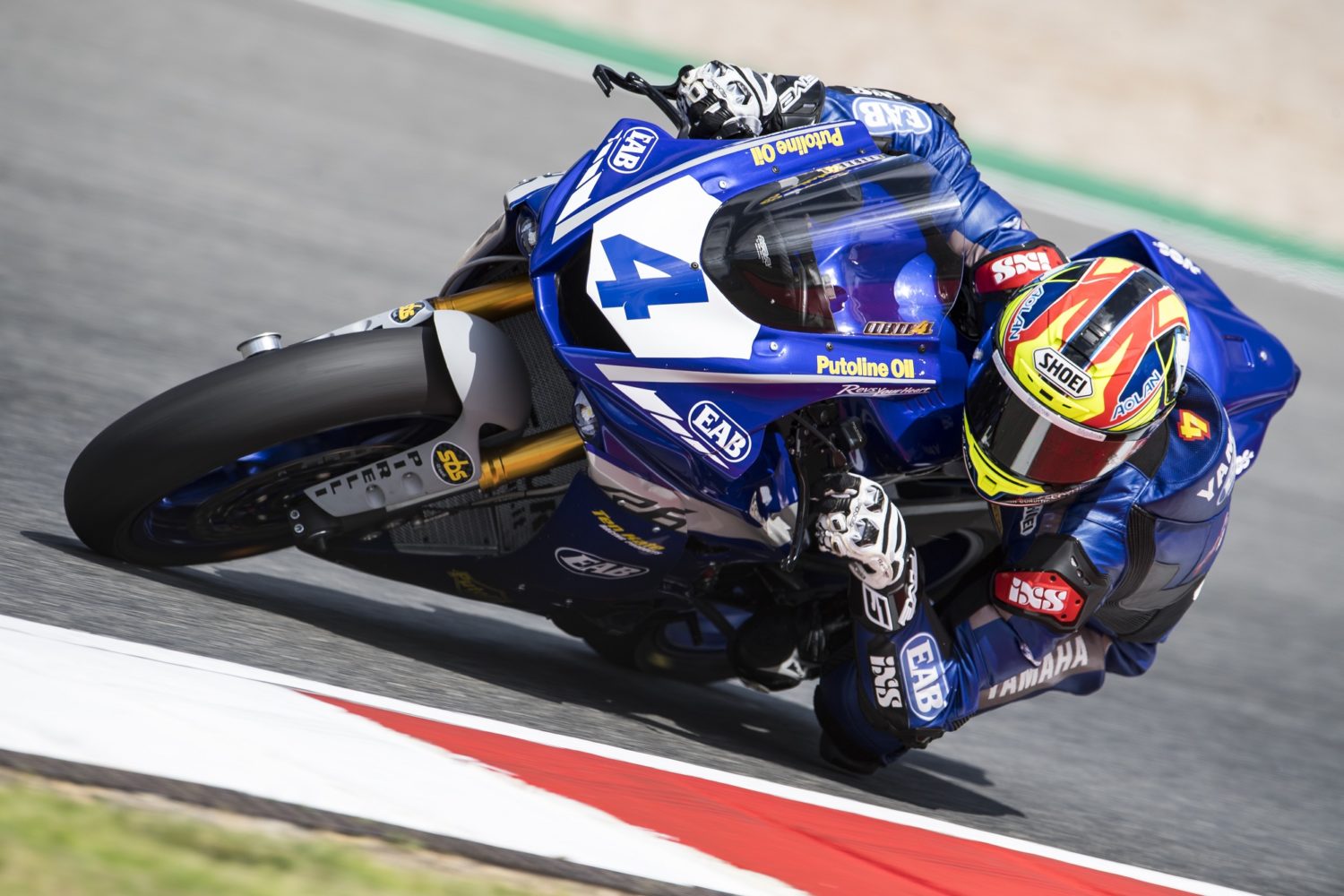 Only a couple of days after the long awaited restart of the 2020 WorldSSP Championship and the first races of the 2020 WorldSSP300 season at Jerez, EAB Ten Kate Racing was back on track this weekend at the Autódromo Internacional do Algarve in Portugal. The track in Portimao is also known as the Rollercoaster of the Algarve and is one of the most demanding tracks on the WorldSBK calendar.

After his double top-10 in Spain, Steven Odendaal ended the first practice day of the WorldSSP championship in ninth place aboard his EAB Ten Kate Racing Yamaha YZF-R6, just 0,9 seconds of the fastest man of the opening day at Portimao.

Glenn van Straalen had a challenging weekend in Jerez after a difficult Superpole session and was determined to do better this weekend in Portugal. The start of his weekend was promising as he ended Free Practice 1 in seventh in Group A aboard his EAB Ten Kate Racing Yamaha YZF-R3.

With Steven in eighth place and Glenn in thirteenth, both EAB Ten Kate Racing riders scored World Championship points in the first races op the weekend. Steven started from the fourth row of the grid in tenth place. In the first laps he was able to improve himself to eighth but lost one position later in the race before he crossed the finish line in eighth place after some intense fights.

After the WorldSSP Saturday race it was time for the first WorldSSP300 race of the weekend with Glenn qualified on the sixth row. He made a lot of progress during the race and was in fourteenth place when the race was red-flagged after an incident at the start-finish straight. The results were based on standings at the end of the last completed time-keeping for each rider with Glenn in thirteenth place in the final result.

On Sunday, Steven had a superb start in the second WorldSSP race of the weekend and was in sixth after the first corners, but lost some positions after a massive moment in the opening lap. The EAB Ten Kate Racing rider clearly wasn’t impressed by that and was making his laps within almost the same pace as the frontrunners – thanks to a couple of different set-up settings – and ended the race in a strong fourth place. His best result in the WorldSSP championship and the best results for EAB Ten Kate Racing as well!

The second race of Glenn was more or less a copy of the first one, as he was in eleventh place after the race was red-flagged again due to a heavy crash in the very last lap of the last race of the weekend.

EAB Ten Kate Racing team manager Kervin Bos: “The start of the weekend wasn’t easy at all, but today was completely different! First Loris Baz scored our first WorldSBK podium, followed by the wonderful fourth place of Steven in the WorldSSP race. A big compliment to him and his team as they have done a brilliant job. After yesterday’s race the team has worked so hard after we decided to change the set-up of the engine break and chassis completely. Also Glenn made a lot of progress during the Portimao weekend and that is very important for him after Jerez. Hopefully we can maintain this upward line in the upcoming races.”

The next WorldSSP and WorldSSP300 races are in three weeks’ time at MotorLand Aragon in Spain.