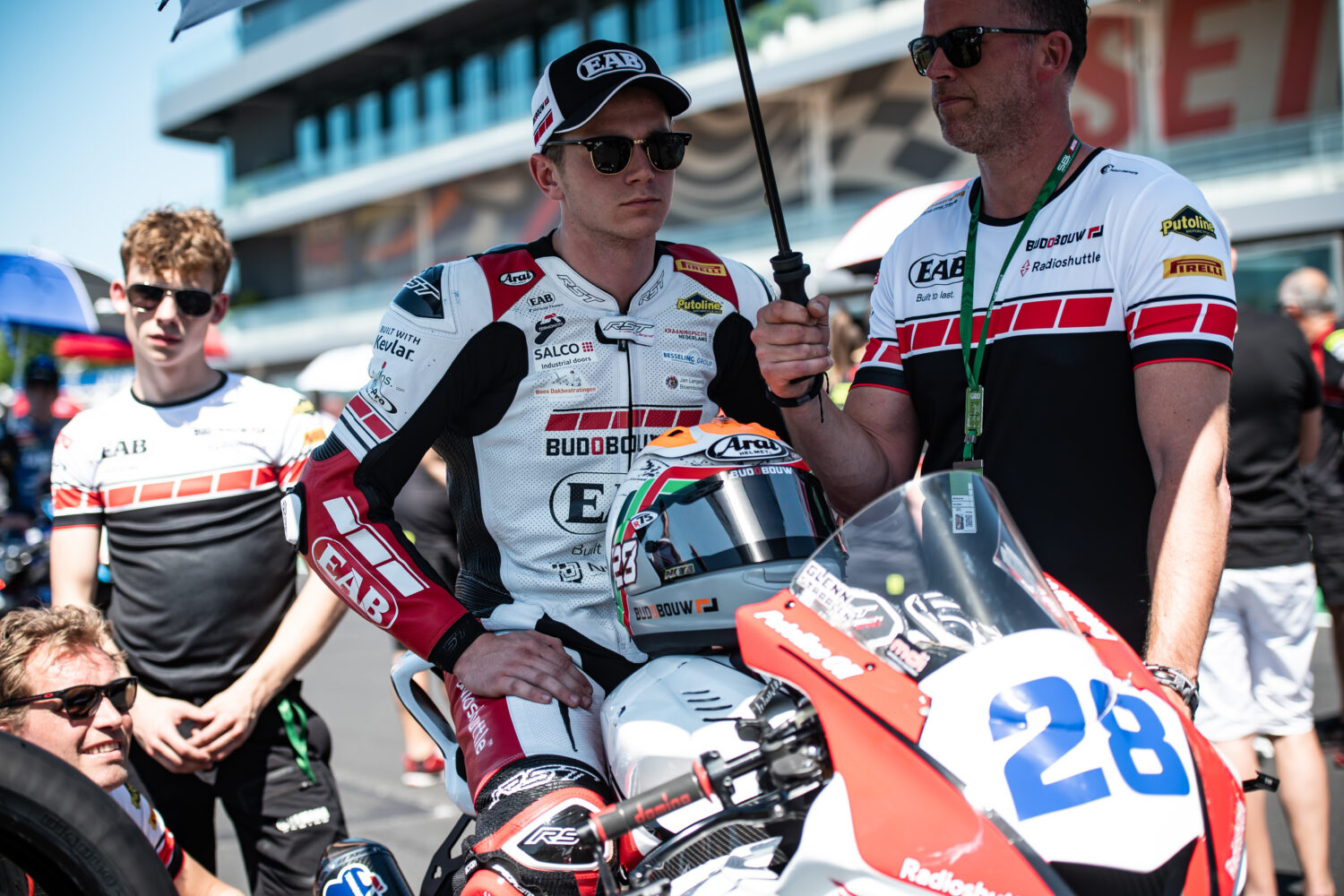 Glenn van Straalen rode his fourth race of the season last weekend from June 10 to 12. This time Glenn and the EAB Racing Team landed on Italian soil where they raced at the Misano World Circuit Marco Simoncelli. With a retirement in race one and a nineteenth place in race two the EAB Racing Team is looking back on a difficult weekend.

On Friday morning 11:25 the lights went green for the first free practice of the World Supersport Championship. Glenn had a difficult first practice in which he had not the right feeling with the bike. During the second practice he made the switch and was able to rode his pace as we are used to from the 21-year-old Dutchman. We saw Glenn in eighth place overall after two free practice sessions.

The Superpole on saturday determines the starting position for the races. Glenn was able to improve during Superpole compared to Friday. Despite that it was a difficult qualifying for the EAB Racing Team rider. In the last part of the session, the Yamaha rider also crashed, which he luckily escaped without any injuries.

The first race in Misano was truly short. To a hectic start Glenn was in the midfield and then made his advance. But after a number of corners, the Yamaha machine ran into technical difficulties, forcing Glenn to retire on the first lap of the race and send his Yamaha YZF-R6 into the pit lane.

It was a complicated second race for Glenn. He had a poor start and lost some positions in the opening lap. On the first pass he was in fifteenth place and rode in a large group battling for eleventh place. After a few laps two riders in front of him crashed, which Glenn narrowly avoided. Unfortunately, the EAB Racing Team rider was unable to find the right rhythm and finished the weekend in eighteenth place.

Glenn: “It was disappointing weekend in Misano. Friday morning started bad, but in the afternoon I was able to make big steps. The Superpole was good, I was able to improve myself but unfortunately during the second outing couldn’t improve the time. The first race ended early. After the start, the Yamaha machine had some technical problems, forcing me to pit. Race two was good and I was around the points in the early stages until I had to avoid a crash. After that I could not rode the right pace. It has been a rough weekend here in Misano. We are now looking forward to the weekend in Donington. I am confident to put the results right.”

For the next race we will be back in the weekend from 15 to 17 July. Then the World Supersport Championship will be at Donington Park in England.