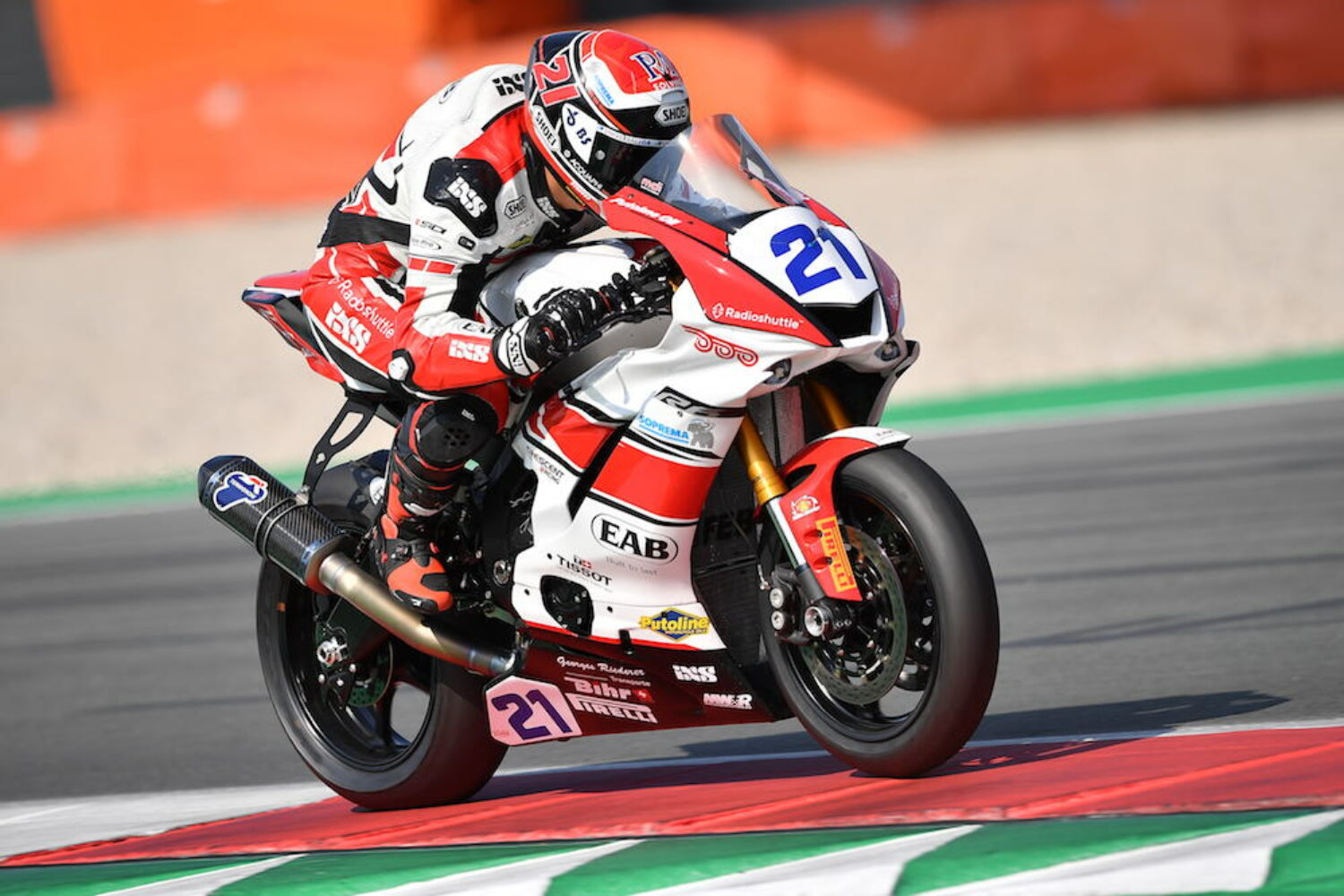 The spectacular Assen TT Circuit in The Netherlands, otherwise known as the “university of motorcycling”, is hosting the fourth round of the Supersport World Championship. The home race for EAB Racing Team, out on track with rider Randy Krummenacher, who completed Friday’s free practice day in fifth place with a fastest time of 1’38.157.

This morning, as usual, it was time for the Tissot Superpole, a session that establishes the grid positions for both of the weekend’s races. Krummenacher set a best time of 1’38.117, securing the fifth spot on the grid as a result.

The number five has characterised this Assen round for Team EAB so far. And Krummenacher also finished today’s first race in fifth place. The Swiss rider, sixth on lap one, lost a position during the course of the third lap, lying seventh on lap nine before making up the previously lost ground during the second part of the race. The Team EAB Racing rider was caught up in a spectacular battle in the final stages, fighting for fourth place against Frenchman Cluzel.

An excellent step for Team EAB and its rider, who finish the first Assen race with their best result of the 2021 season so far.

Randy Krummenacher: “I’m pleased with today’s result. I know we can do better and fight for the podium, this is the goal and we’re getting ever closer. It was a tough race but I had good feeling with the bike and, more importantly, we acquired useful data with which to improve for tomorrow’s race. We still need to take a small step in order to fight at the front but I’m sure my team will soon put me in the condition to be able to do this, hopefully already in tomorrow’s second race.”

Ferry Schoenmakers: “This is our best result since the start of the season and I’m pleased we’ve done it here, at our home round. We knew we’d have to work hard together with Krummenacher, in order to improve our performance, but we have a good rider and a good team, and the results are coming. I want to thank my guys, the technicians and mechanics, Randy and all our sponsors, in the hope we will soon be on the podium.”