Impressive races by Steven Odendaal and Victor Rodriguez at Barcelona 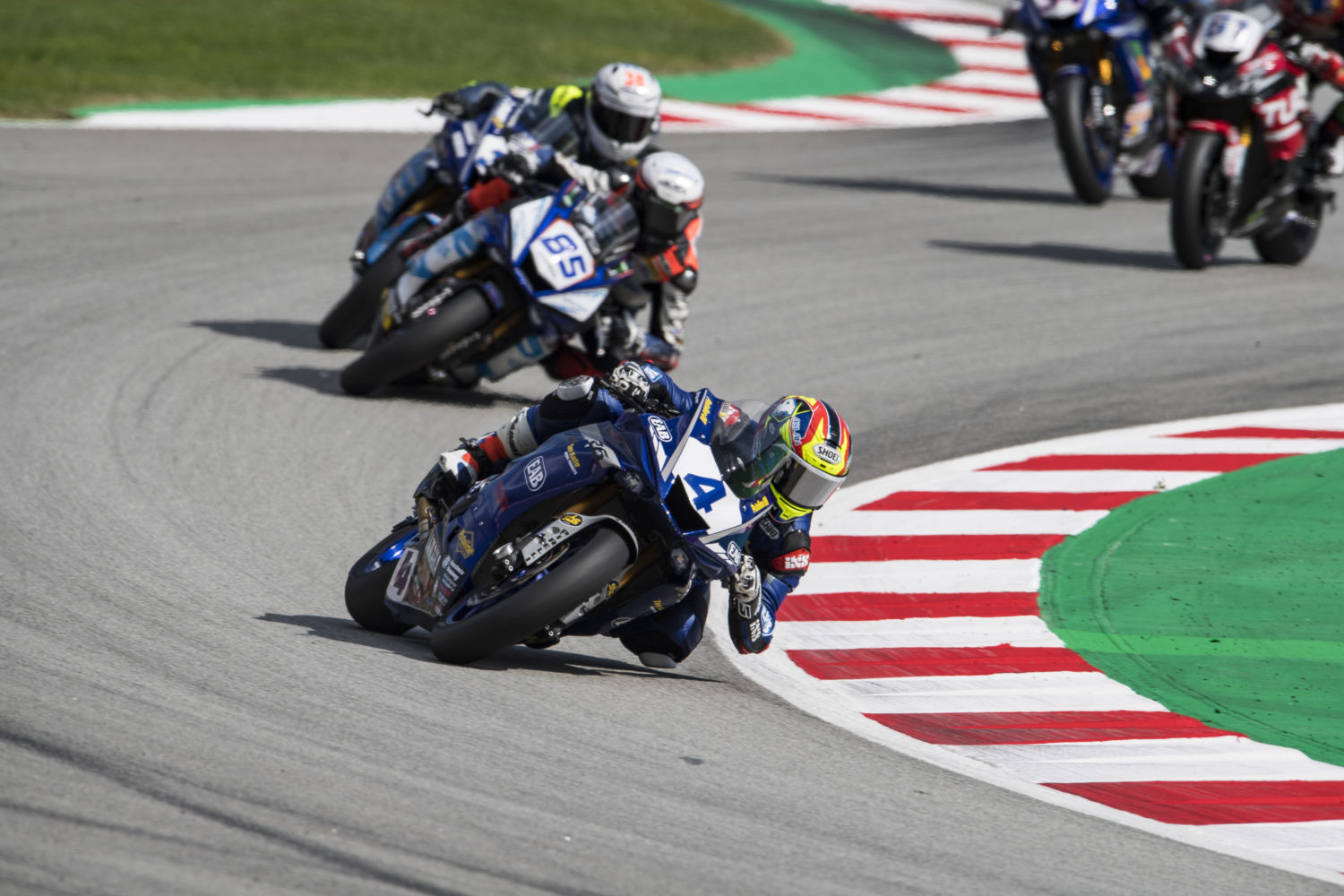 Steven Odendaal has scored a sixth and fifth place in the first ever WorldSSP races at Circuit de Barcelona-Catalunya in Spain. On Saturday, rain presented many challenges for riders and teams as the WorldSSP race was red-flagged due to heavy rain late in the session. The race was stopped a minute after Steven entered the pits for a tyre change and results were based on standings at the end of the last completed time-keeping point for each rider with Steven in a strong P6.

WorldSSP Race 2 was more or less a repeat of yesterday’s race for Steven as he improved again a lot over the course of the race and ended in an impressive fifth place. But this time the race was held under much better weather conditions with sun instead of rain. The EAB Ten Kate Racing WorldSSP rider had to start both races from the fourth row of the grid after a tricky Superpole session but showed once more that he can recover a lot during the races.

EAB Ten Kate Racing newcomer Victor Rodriguez had to qualify himself by the WorldSSP300 Last Chance Race as a time attack wasn’t possible in mixed conditions during Free Practice 2 and 3. He succeeded (P4) and was allowed to start in the main race on Saturday afternoon. Ten impressive laps later, Victor ended the first WorldSSP300 race at Barcelona in a wonderful seventh place, after he managed to overtake 26 (!) riders. On Sunday Victor had more difficulties as he ended the Sunday race in P19.

Rodriguez replaced Glenn van Straalen at Circuit de Barcelona-Catalunya and will do so during the last two WorldSBK events of 2020 at Circuit de Nevers Magny-Cours in France and Circuito Estoril in Portugal. Glenn joined MPM Routz Racing Team in the WorldSSP as a replacement rider for his injured countryman Jaimie van Sikkelerus.

EAB Ten Kate Racing team manager Kervin Bos: ‘What a weekend! We really saw all types of weather this weekend, but luckily it didn’t affect our results. Especially Victor’s Saturday race was very impressive and I’m sure there will be a lot more to come from him when he knows the bike better. Next up is Magny-Cours and I’m almost sure that we can continue our upward trend in France. Bring it on!’