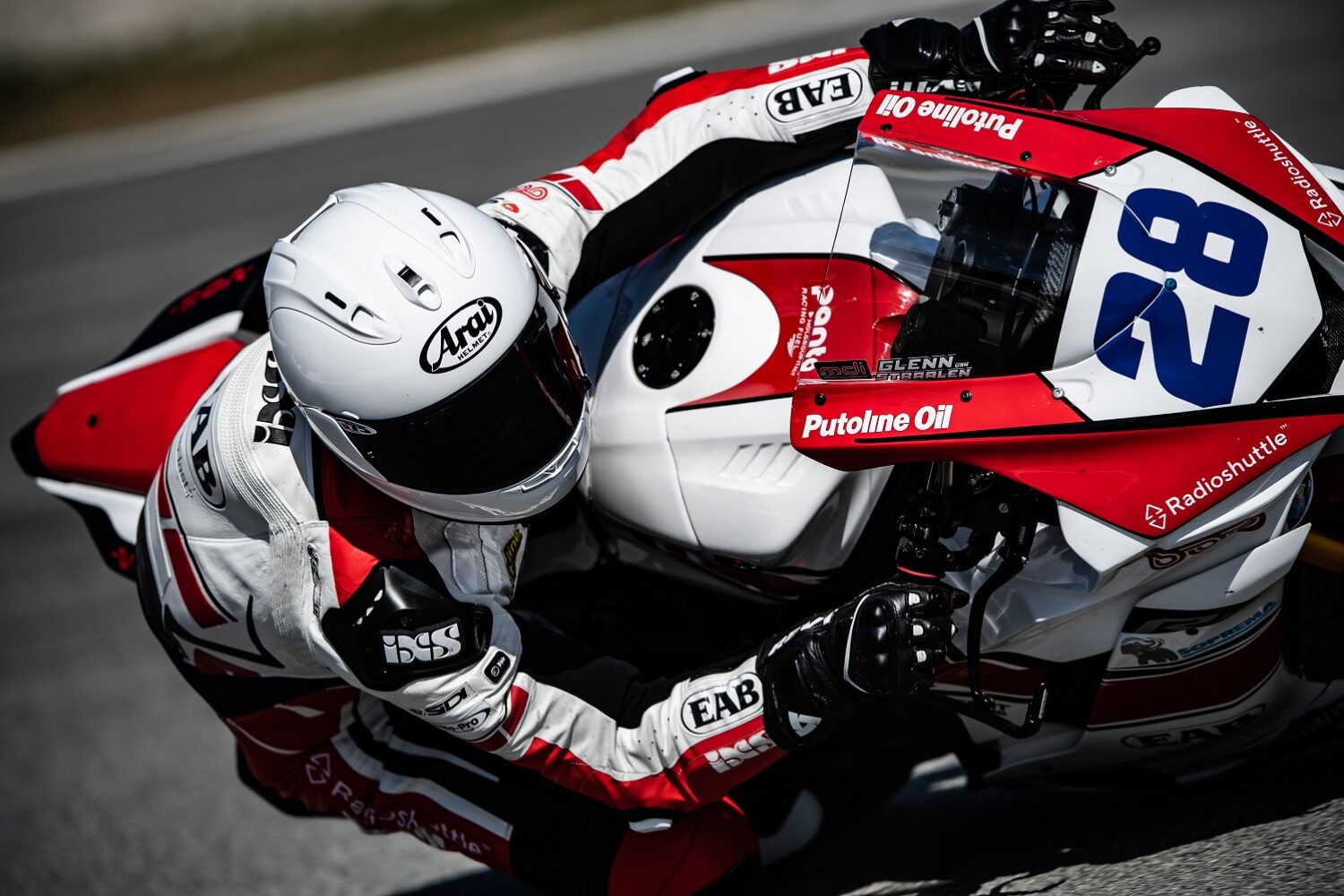 After his superb top 10 in yesterday’s first WorldSSP race at Circuit de Barcelona-Catalunya in Spain, EAB Racing Team rider Glenn van Straalen was eager to repeat his performance in today’s Race 2. Sun and a blue sky welcomed the riders during warmup in the morning and Glenn ended this session in 13th place, just a second behind the fastest rider in the warmup Niki Tuuli.

Unlike yesterday weather conditions were perfect during Race 2. Glenn had a good start from P12, was in tenth place after the first lap and was able to improve over the course of the race with smart racing to finish WorldSSP Race 2 in a wonderful P9!

Glenn van Straalen: ‘It was a strong race! After qualifying, I knew we had a good pace on a dry track. After a good start I had some trouble in the opening laps, but then I could ride a strong pace and close the gap to the riders in front of me. Ninth place, just behind P5 and within ten seconds of P1 is a good result. I want to thank the EAB Racing Team for this weekend and I think we showed ourselves well!’

Team owner Ferry Schoenmakers: ‘I would like to give a big compliment to the whole team as they have really done a fantastic job. Yesterday’s race performance was impressive and today went even better as Glenn and his team didn’t put a foot wrong. That’s so impressive given the circumstances; Glenn jumped on the EAB Racing Team Yamaha YZF-R6 for the first time last Friday and he was riding like he raced all year long in the World Supersport Championship!’

Next WorldSSP race weekend will be next weekend at Jerez de la Frontera in the south of Spain.