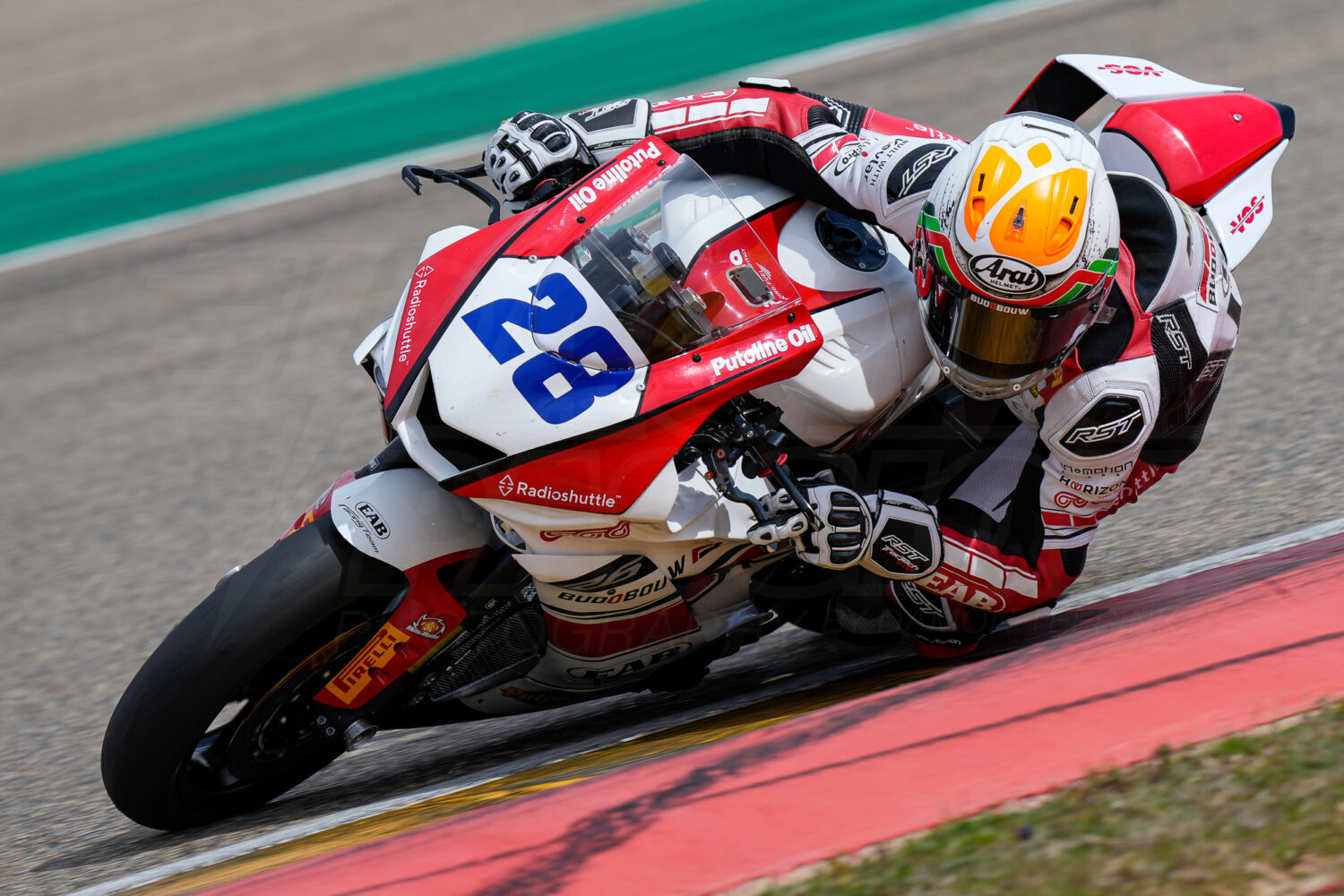 Glenn van Straalen and the EAB Racing Team closed the first race weekend of 2022 with a good feeling. Van Straalen rode to his career best results in the Supersport World Championship. During the practices the Yamaha rider consistently rode in the top fifteen. The qualifying was perfect and Glenn was able to set a fast lap straight away. He put the Yamaha YZF-R6 in fifth place for the opening race at Motorland Aragon.

Last weekend Motorland Aragon was the place to be for the World Supersport Championship. Glenn had an excellent opening to the season. The free practices were good, so went the Superpole. Glenn qualified in a decent fifth place. His best qualification this championship.

From a second row, Glenn started the first race of the weekend. The start was hectic for the EAB Racing Team rider. He had to rode wide lines in the first corners. Van Straalen came through the first lap in seventh place, riding in a large group. He managed to fight his way through the group and ended up in fourth place. The top three already had a small lead but Glenn started the hunt for the group in front of him. He was able to keep up with the top three for the first half of the race but as the race followed, he had to let go of the leading trio. Glenn rode a decent race to his best result in his World Supersport 600 career in fourth place.

With the start of the second race Glenn faced the same obstacles as the first race. He had not the best start. The first round was characterized by several moments. As result, the top three was already gone, just like Saturday. The first two laps there was a battle for fourth place, until Glenn passed and was able to ride at his own pace. He was in fourth place for the entire race. Until the last lap, when a rider on the third place got technical problems. the EAB Racing team riders was in third place. Until the last corner the podium seemed within reach. But Glenn got passed by a rider just before the finish. Glenn achieved twice a fourth place at Motorland in Aragon.

Glenn: “It was a positive weekend. The speed was good throughout the weekend. During the free practice sessions, the focus was mainly on the setting of the bike and finding a good basis for the race distance. The Superpole on Saturday went perfectly, I managed to improve my time lap time considerably. I qualified fifth. My best qualifying in the Supersport yet! Both races were good. I felt good on the bike all weekend. Unfortunately, the opening laps were not optimal both of the races and I had to make up a few places both times. When I was in fourth place, the top three in both races were already gone. Of course, I would have liked to finish the second race with a podium, but I’m more than happy with two fourth place finishes. Thanks to the EAB Racing team and on to our home race in Assen!”

In two weeks’time it is the home race for Glenn and the EAB Racing Team. In the weekend of April 22 to 24, the WorldSBK paddock will race at the TT-Circuit in Assen.