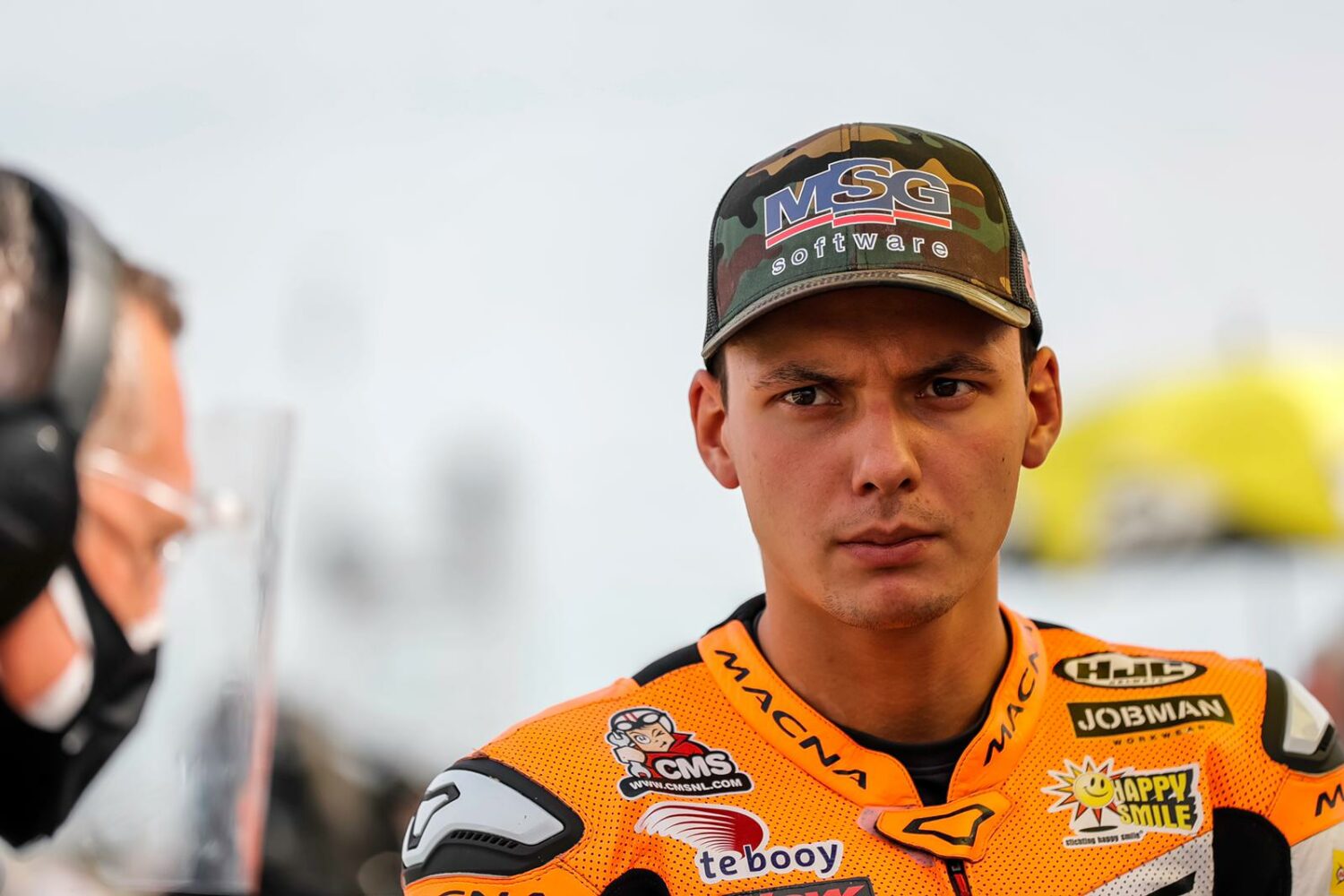 Bo Bendsneyder has signed a contract to race with EAB Racing Team for the 2021 WorldSSP season, aboard a Yamaha YZF-R6. The 21-year-old Dutchmen raced successfully in several national and international talent competitions before he joined the Red Bull Rookies Cup in 2014 and immediately took a victory in his home race at the TT Circuit Assen. One year later he dominated the 2015 Red Bull Rookies Cup season, with eight wins, two podium places and the title. Ready for the World Championship, Bo made his Moto3 debut for Red Bull KTM Ajo in 2016 and ended on the podium twice, with third place finishes at Silverstone and Sepang. The last three years Bo raced in the Moto2 World Championship and achieved a total of 27 points.

Bo Bendsneyder: ‘I’m very happy that I will ride next year for EAB Racing Team in the WorldSSP and I’m very motivated after my recent successes in Moto2, with points finishes in the last three races of 2020. I can’t wait to test the EAB Racing Team Yamaha YZF-R6 for the first time. The R6 is not a completely new bike for me, so that’s a big benefit after all my years in the MotoGP paddock. Many thanks to Ferry Schoenmakers and my sponsors who gave me this great opportunity and I will do everything I can to make it a success!’

Ferry Schoenmakers, team owner EAB Racing Team: ‘We are very happy to welcome Bo to our team and I think we are at the beginning of a successful partnership. Bo has showed many times that he is a very good racer and I think the Yamaha YZF-R6 will suits him well. We have a number of tests planned in the run-up to the start of 2021 to be ready for the first race.’