EAB Racing Team on the podium with Randy Krummenacher 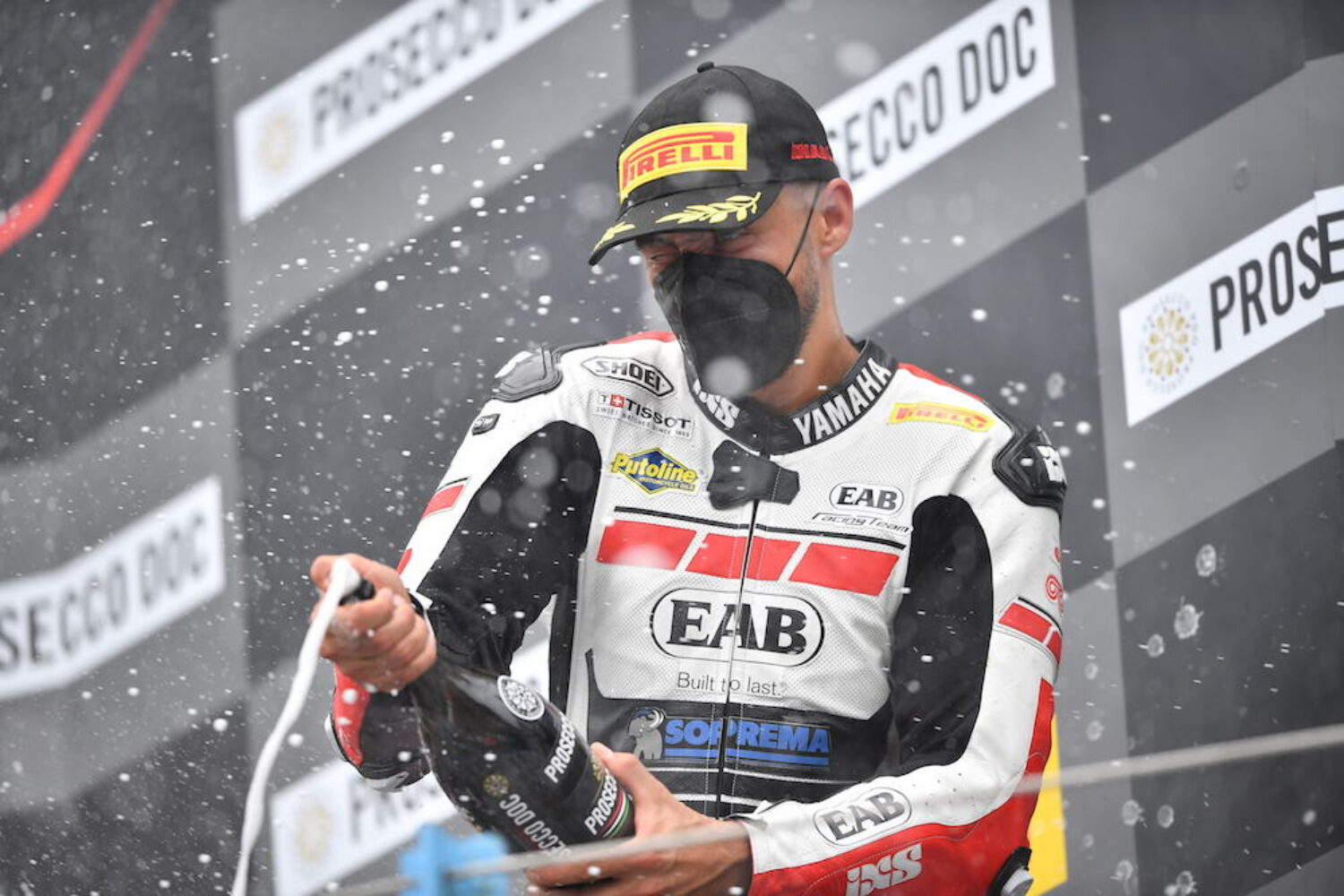 The fourth round of the FIM Supersport World Championship has drawn to a close with a different flavour compared to earlier races, the Dutch EAB Racing Team scoring its first podium of the season at the Assen track. Krummenacher crossed the line third at the end of a very hard-fought race. The Swiss rider, having started from fifth place, held that position for the first eight laps, before beginning to push and chase the leading group. The final two laps of this eighteen-lap race were full of suspense, the 31-year old EAB Racing Team rider proving that he still has a lot to give in the Supersport 600 championship.

Randy Krummenacher: “I know we’d need some time but I also knew that we’re get there and achieve good results. The start of the season wasn’t simple and we needed to understand and try different solutions, but now the work done is finally paying off. It was a good race, I felt strong, particularly in the final laps. This podium is important for me and the team and I hope it’s the first of many. I want to thank my team, my family, my sponsors and everyone who supports me. At the next round, at Most in the Czech Republic, I’ll do all I can to be there up front and score the best result”.”

Ferry Schoenmakers: “It’s been a very intense weekend and I’m pleased to finish it with a great podium. We’re seeing the fruits of the team and rider’s hard work and can only be pleased, particularly because this was our home round. I really believe in Randy and in the work of our technicians and mechanics and so I think we can realistically expect increasingly strong results, also because I know we still have room to improve. A big thank-you to everyone that supports and helps us, and particularly thanks to the entire team and Randy of course.”