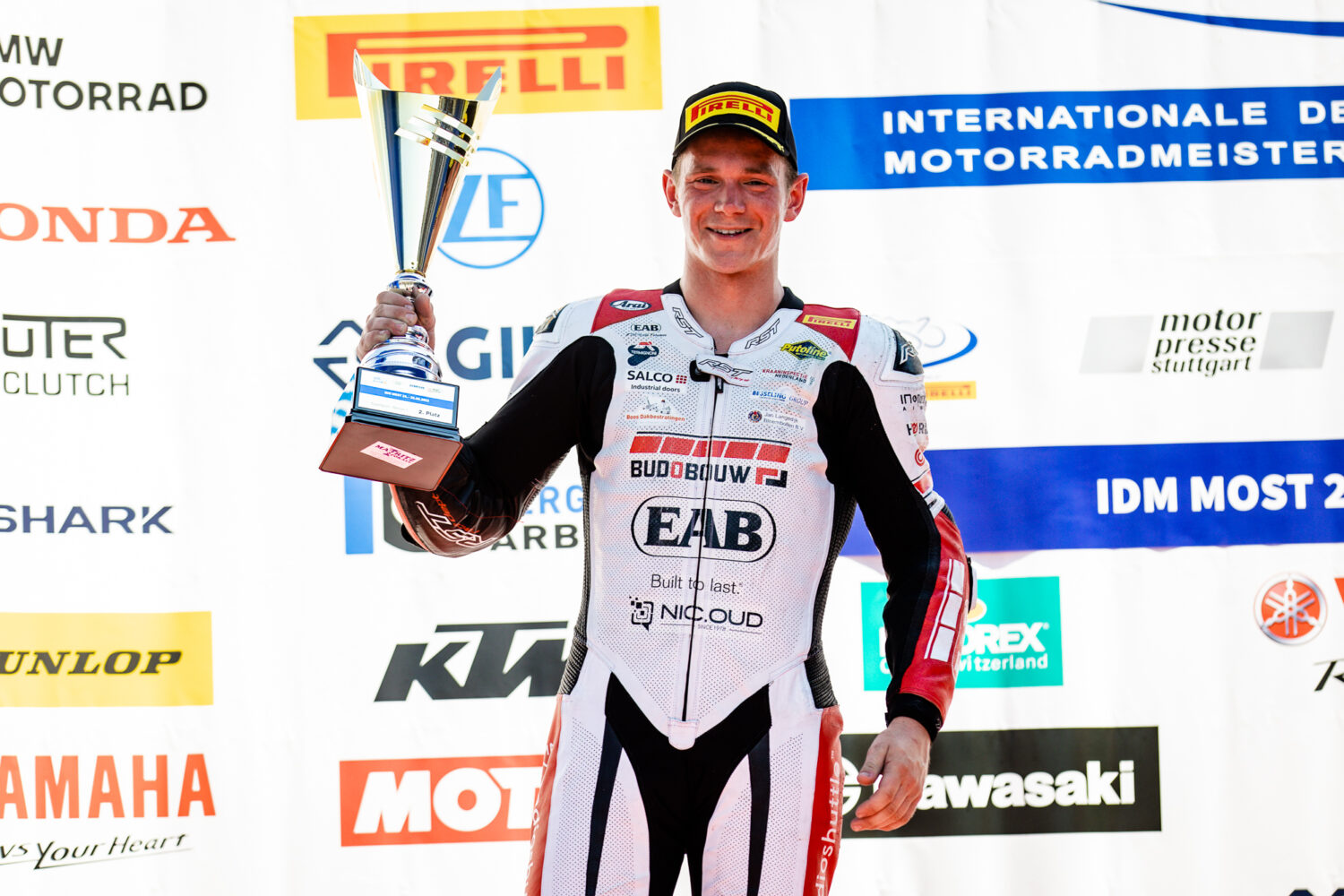 On the weekend of 24 to 26 June, Glenn van Straalen and the EAB Racing Team raced with a wildcard in the German IDM Championship on the Czech track of Autodrom Most. A good training in preparation for the World Supersport Championship which will take place on the same circuit in a month’s time. Glenn rode two decent races, which resulted in a second place twice.

On Saturday it was the other way around, the first qualifying was wet and the second was dry. In both sessions, the Dutchman showed that he had the right pace. He set the fastest time at the Autodrom in Most, which meant a Pole Position for the two races on Sunday.

Glenn had a great first race in the Czech Republic. It was exciting until the finish line. He battled with another wildcard till the finish line for the win. With an excellent rhythm and fast lap times, Glenn was on a good way during the first race at Most. The EAB Racing Team rider crossed the finish as second.

The second race was different. The front runner was gone and Glenn was in third place fighting for second place. He struggled to pass the rider in front of him, once overtaken he was able to get a good racing rhythm again and was consistent throughout the race. As a result, he manages to cross the finish line again in second place.

Glenn: “It was a good weekend in Most. The training sessions went well and so did the qualifying with a Pole Position. The first race I had a good fight for first place and I rode a consistent race. I narrowly missed first place. Race two was different, the frontrunner was gone and I was struggling to pass the rider in front of me. After that a good rhythm again and we had a good race. We did the right thing riding here. We are fully prepared for the World Supersport that will take place here soon. It was a great weekend with twice a second place. Thanks to the EAB Racing Team for this weekend.”