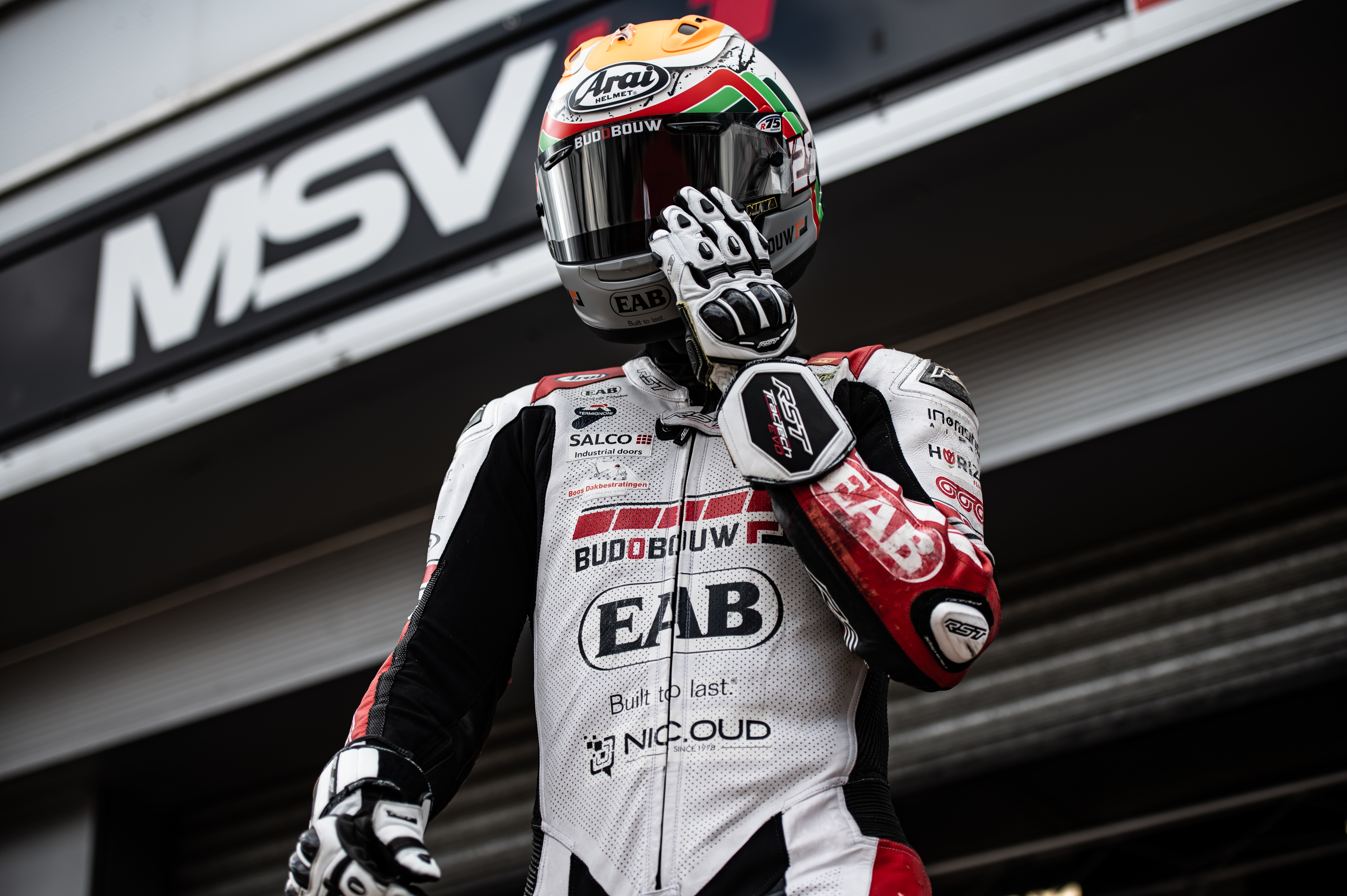 The EAB Racing Team and Glenn van Straalen are joining forces for the FIM Supersport World Championship in 2023. After a positive year, they will join forces again to hunt for top places in this strong championship.

Glenn van Straalen and the EAB Racing team have signed an agreement for 2023 after achieving good successes last season. The 22-year-old rider and the EAB Racing Team led by Ferry Schoenmakers have enjoyed a long and positive partnership. Last season was a year with good and bad moments for both parties.

The season started very strong in Spain at the Motorland Aragon. Glenn rode two fantastic races and finishes fourth twice. The rider from Hoogkarspel shows wonderful things, including during his home race at the TT Circuit in Assen. During the first race he leads the race in front of many Dutch fans. Glenn manages to score a beautiful second place. In France he also rode a sublime race in which the Yamaha rider also manages to finish second after a great race at the Magny Cours circuit.

In addition to a few podiums and several top ten rankings, it is also a season with ups and downs. Glenn scores many DNF’s during several race weekends, but he doesn’t give up and with a lot of strength he shows what he’s got. Glenn is a real fighter and he shows that several times. We see him back in eleventh place in the final standings of the championship, his best season in the world championship so far.

Glenn van Straalen: “In 2023 we will start again with EAB Racing Team in the Supersport world championship. I look forward to competing with them and Yamaha again. Last season we had very good weekends and I am happy to be able to ride in the World championship for another year, the performance of last season helped with that. I am motivated to start the season!”

Ferry Schoenmakers – team owner: “We are delighted to continue the partnership with Glenn van Straalen in 2023. Last season Glenn made great progression and showed great things. On the other hand, he can certainly take steps in the right direction to become even better and get more out of himself. We as the EAB Racing Team are looking forward to the start of the new season. On to a successful year in 2023!”