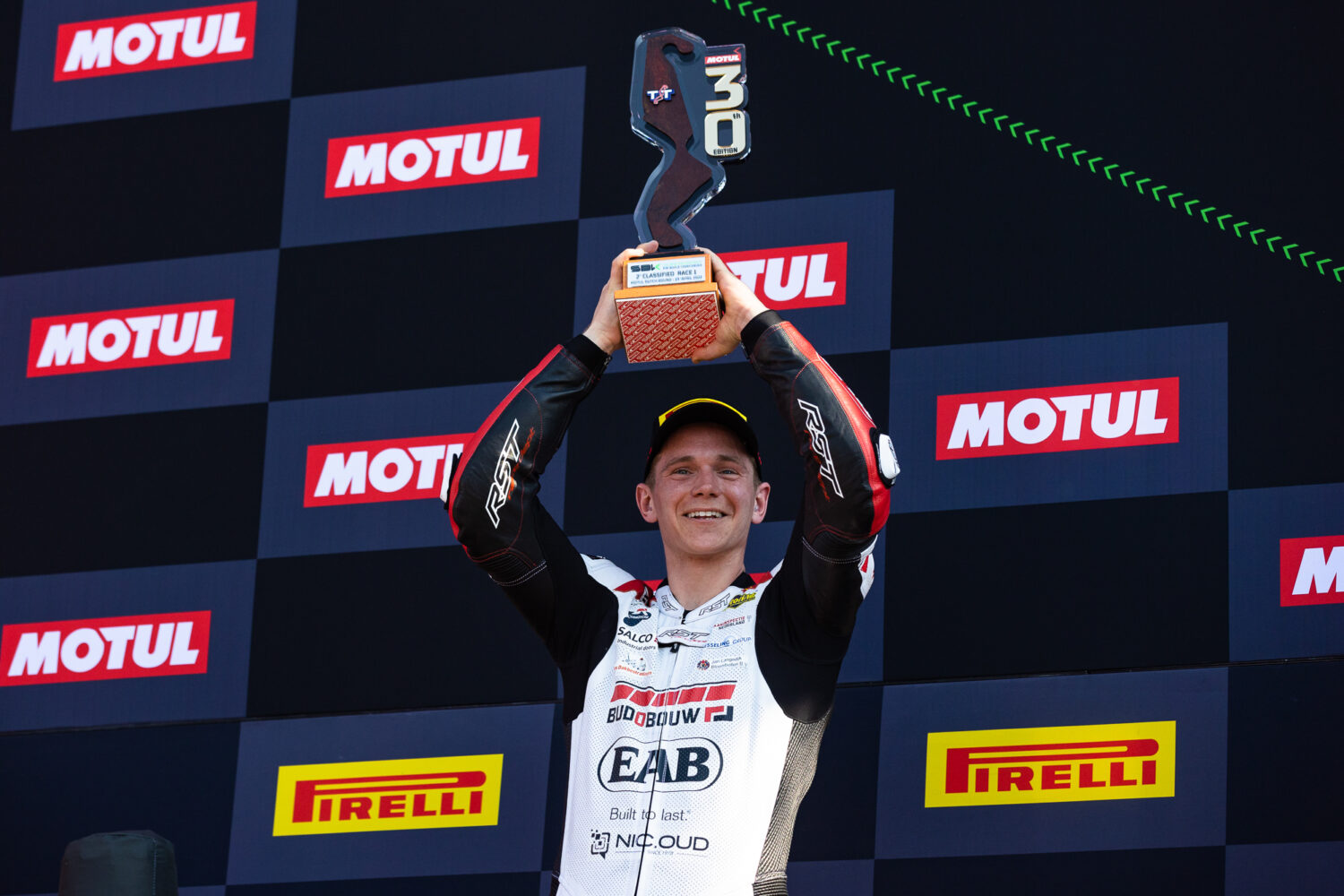 EAB Racing and Glenn van Straalen scores great results during their homeround in Assen. Last weekend from April 22 to 24, the TT Circuit hosted the second round of the World Supersport Championship. With Glenn his first ever podium in the World Championship the EAB Racing Team is very satisfied with this result. In race one Glenn finished a magnificent weekend with a phenomenal second place. Race two came due an early end due a crash with the start.

During the two free practices the speed of the EAB Racing Team rider was really good. The first free practice was mainly used to get the right settings.  Free practice two was used to get the race rhythm. Glenn rode a very constant and fast pace. During the qualifying session on Saturday, we saw the 21-year-old Dutchman in first place for many minutes. In the end we saw Glenn back on the second row in a fifth place.

Glenn had a poor start in the first race and a chaotic opening lap, coming through in seventh place. Then the race began. He managed to work his way through the field. He closed the gap to the leader and passed him. At once he was leading his home race. With five laps to go, the race came to an end due to a red flag situation. Glenn missed the win by 0.081 of a second.

After a promising Saturday, Glenn was eager for an even better result on Sunday. Glenn had a big highside in the warm-up on Sunday morning. Luckily without any injury. Glenn was focused on race two. Unfortunately, Glenn went off track at the start and touched with two other riders resulting in a crash.

Glenn: “It was a weekend with highs and lows. We started strong on Friday and were in fifth place after two free practice sessions. The Superpole was great as well. After having been in first place for a long time, I managed to put the Yamaha on the fifth place. The first race was good. It’s great to be in front at your home race. I was able to keep up my pace, but due to a red flag situation I was second at 0.081 of a second. On Sunday I had a huge highside in the warm-up due to an oil leak. I was confident for race two but unfortunately a crash at the start put an early end at race two. That’s not how you want to end the weekend. But let’s look ahead, next time we’ll go for it!”

Ferry Schoenmakers: “It was a good weekend for the team and Glenn van Straalen. Despite the crash from race two we can be very happy with the result from the first race. I am proud of the whole team and want to thank them for this weekend.

The EAB Racing Team and Glenn van Straalen are now in fourth place in the standings of the World Supersport Championship. We’ll be back in four weeks, on the weekend of May 20-22 Glenn and the EAB Racing Team will ride their race on the Portuguese circuit of Estoril. Thanks to all friends, family and sponsors who attended this weekend!