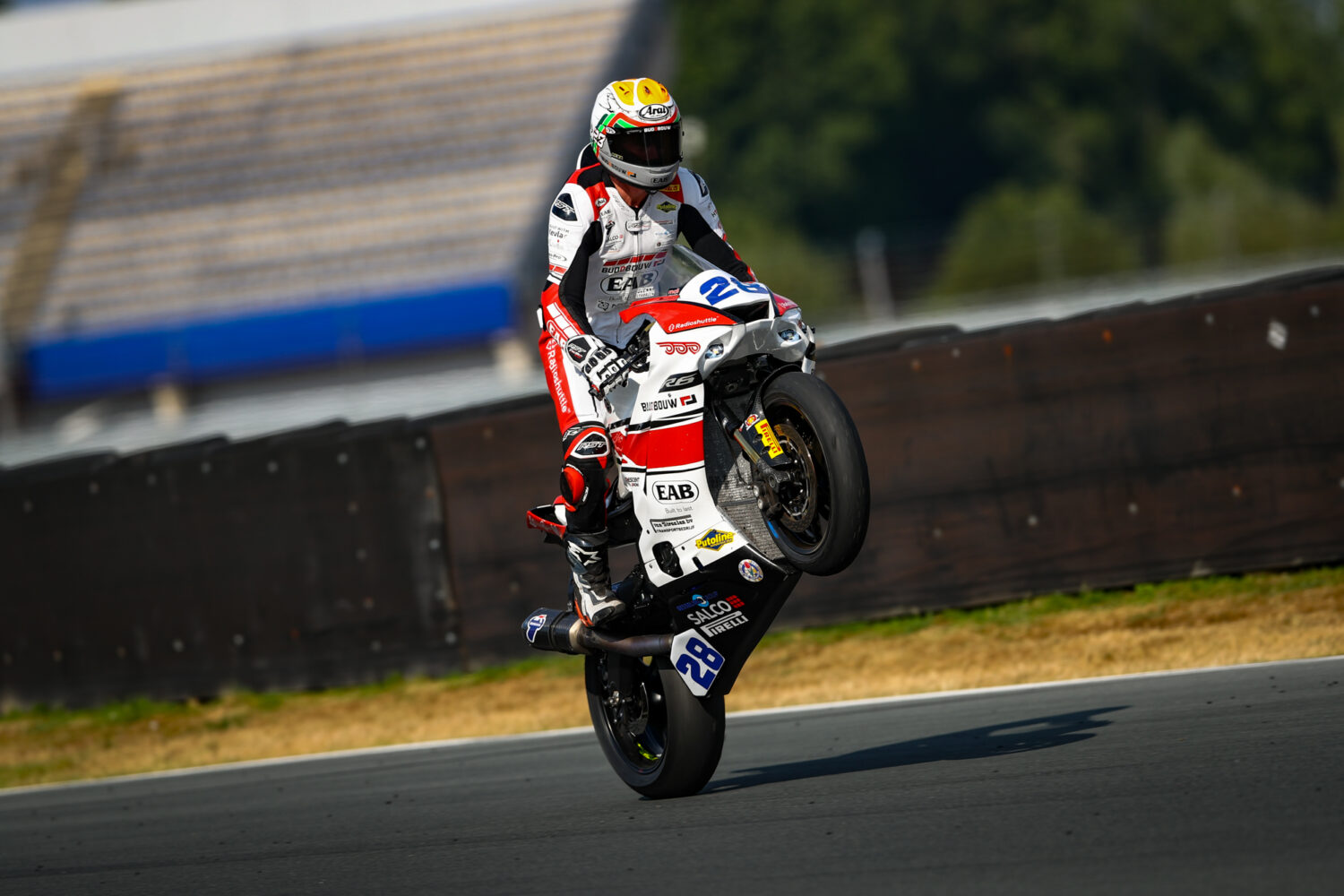 Glenn van Straalen and the EAB Racing Team made a wildcard appearance during the German IDM Championship from August 12-14 at the TT circuit in Assen. A great opportunity to ride in front of the home crowd during the long summer break. Glenn managed to get two times the victory in the Supersport

The free practice sessions were scheduled for Friday. Followed by the two qualifying sessions on Saturday. On Sunday there were two races of thirteen laps on the programm. All this under tropical warm conditions during the race weekend around the 30 degrees.

Friday was all about finding a good base on the Yamaha YZF R6. The bike felt good, Glenn was feeling strong and this together resulted in a good first day on a warm TT-Circuit. The 21-year-old rider closed the opening day as leader.

During the first qualifying session on Saturday morning, the conditions were the best to set the ultimate lap time. Glenn rode some fast times and claimed the Pole Position. The second qualifying in the middle of the day was incredibly hot. As a result, the times from earlier on the day could not be matched. The EAB Racing Team rider focused on the race rhythm for the races to be run on Sunday.

The two races were scheduled for Sunday afternoon. At 13:40 the lights went on green for the first race of the day. Glenn did not have a good start and lost a few places in the first corner combination. But the EAB Racing Team rider fought his way through the field. With four laps to go, the Yamaha rider attacked for the lead in the race to claim race one victory.

The second race of the day went the same way. Glenn rode in second place for a long time and was riding in to for IDM rider Melvin van der Voort. On the third lap before the checkered flag, the rider from Hoogkarspel passed the leader and was able to pull away to take his second victory of the day.

Glenn: “It was a fantastic weekend in Assen. It started well on Friday. The pace was good from the first moment and I was able to ride fast lap times. Qualifying on Saturday also went well. The focus was to get the perfect lap time in the morning because it would be too hot in the afternoon. This worked out well and we managed to get the Pole Position. My race rhythm was perfect and I felt good on the Yamaha, I am happy to finish the weekend with two wins. Thank you to the EAB Racing Team for the hard work this weekend.”

The next race after the summer break will take place from 9 to 11 September in France at the Magny Cours circuit.