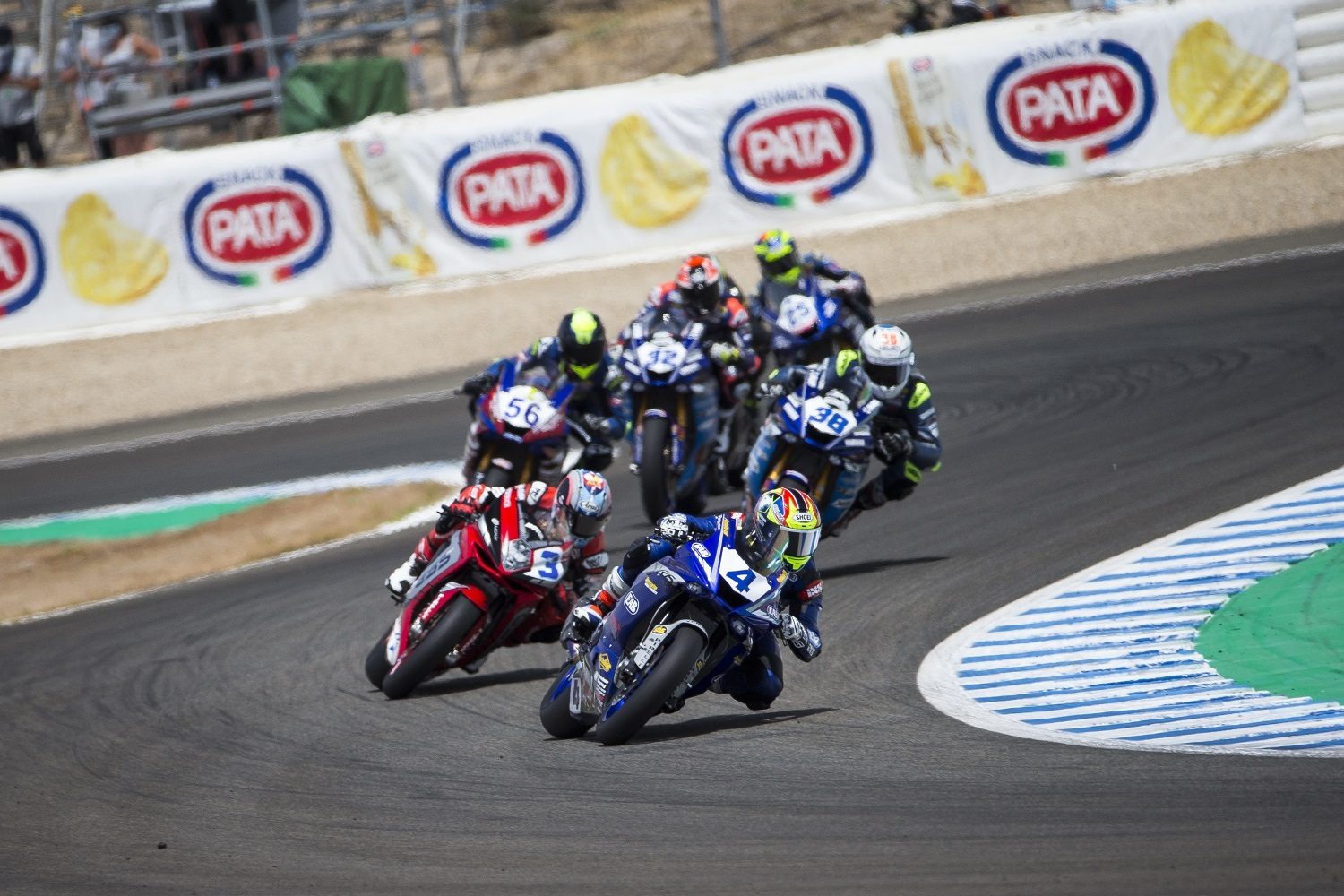 The start of the Sunday race was scheduled for 12h30 but the race was red-flagged even before it started after an incident during the warm up lap. After a delay of almost half an hour the shortened race over just 11 laps started and Steven was soon in eighth place thanks to a strong opening lap. After he got promoted to seventh – because of a crash in front of him – he had a real ding-dong battle with a couple of other riders before he crossed the line in eighth place.

On Saturday Steven scored a hard-fought sixth place in the first European WorldSSP race. The EAB Ten Kate Racing rider had to start from a challenging twelfth place after a difficult Superpole session, but made up a lot of lost ground in the early stages of the race as was in a strong fifth place before he lost some places. Thanks to has fighting spirit, he was able to recover once more and ended the race in a strong sixth place.

EAB Ten Kate Racing WorldSSP300 rider Glenn van Straalen had a challenging first race weekend of 2020 in Jerez. He had to start from the eight row twice and ended the Saturday race in twentieth place. On Sunday Glenn scored a twentieth place again.

EAB Ten Kate Racing team manager Kervin Bos: ‘It was a very special Friday for us with a first place in the WorldSBK with Loris Baz and a second place for Steven in the WorldSSP. A sixth and eighth place for Steven is not the result we – and I’m sure Steven – were hoping for after that wonderful Friday, but given the circumstances we all had to be satisfied. Steven recovered well twice and that’s very important during a double header weekend like we have here at Jerez. Unfortunately, Glenn had some difficulties all weekend long in the WorldSSP300 class but I’m sure he can do much better at Portimao next week.’