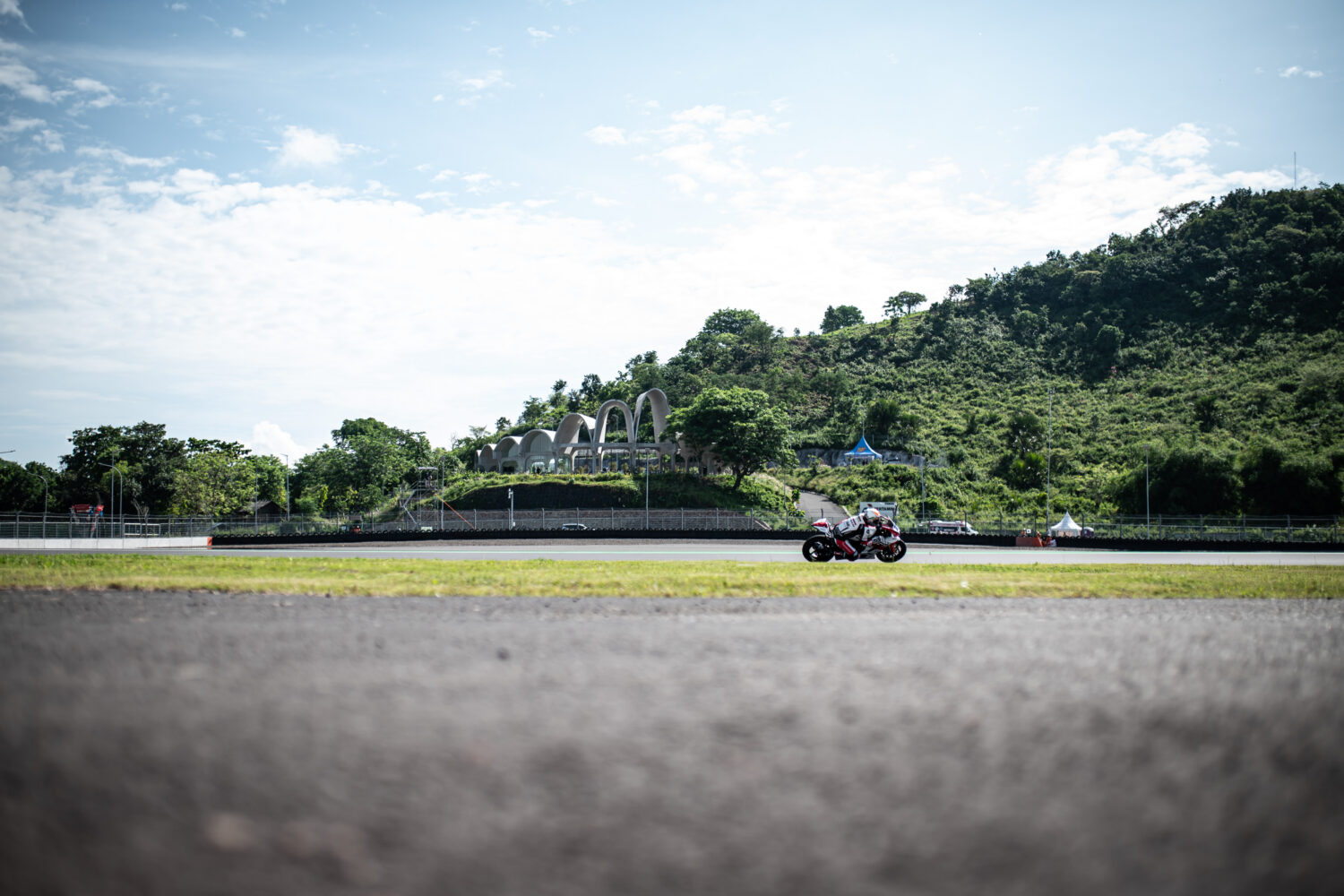 Glenn van Straalen and the EAB Racing Team traveled to Indonesia to race at the Pertamina Mandalika International Street Circuit over the weekend of November 11 to 13. It was a difficult weekend for Glenn with an crash in the first race and a sixteenth place finish in race two.

The entire weekend was very warm with temperatures around 35 degrees and an bright sun. The circuit in Lombok, located near the Indian Ocean, was given a new layer of asphalt in the month for the eleventh round of the FIM World Superbike Championship. This created a challenge weekend in Lombok.

The Superpole on Saturday morning was difficult for the young Dutchman. During the first stint he managed to make steps in the right direction but with the new tire the EAB Racing Team rider did not have the speed as therefor. When Glenn tried to push for a fast time, it went wrong in the first corner resulting in a crash. We saw him back in fourteenth place after the Superpole session.

The first race started at 12:00 local time. Glenn had to start from the fifth row but had a bad start and lost several places. It was a hectic opening, with Glenn unfortunately crashing midway through the opening lap. Fortunately, the 22-year-old rider from Hoogkarspel was unhurt.

The aim of the second race was therefore to regain confidence in the bike and to gain racing rhythm. Due to the lack of riding time and speed, it was not the race that was hoped for. It was a tough race in which Glenn rode a lonely race and finished in sixteenth place.

Glenn: “It was a difficult weekend in Indonesia. The combination of high temperatures and new asphalt made it a difficult but also informative weekend. Friday didn’t start bad and I felt good. Saturday’s Superpole started off with a good stint but we couldn’t make progress with the new tire while the others did. Just when I wanted to push for a fast lap I crashed. The first race was unfortunately short, my start was bad and I lost a few places. Not much further I crashed out of the race. In the second race I had not the right confidence, the rhythm and speed were not there as it should be and finished 16th. We are going to recharge and get ready for the last race of the season in Australia, Phillip Island.”

We let the race weekend in Indonesia behind and focus on the last race of the season. We travel to Australia where next weekend November 18 to 20 will be raced at the Phillip Island circuit. We have one more chance to prove ourselves.