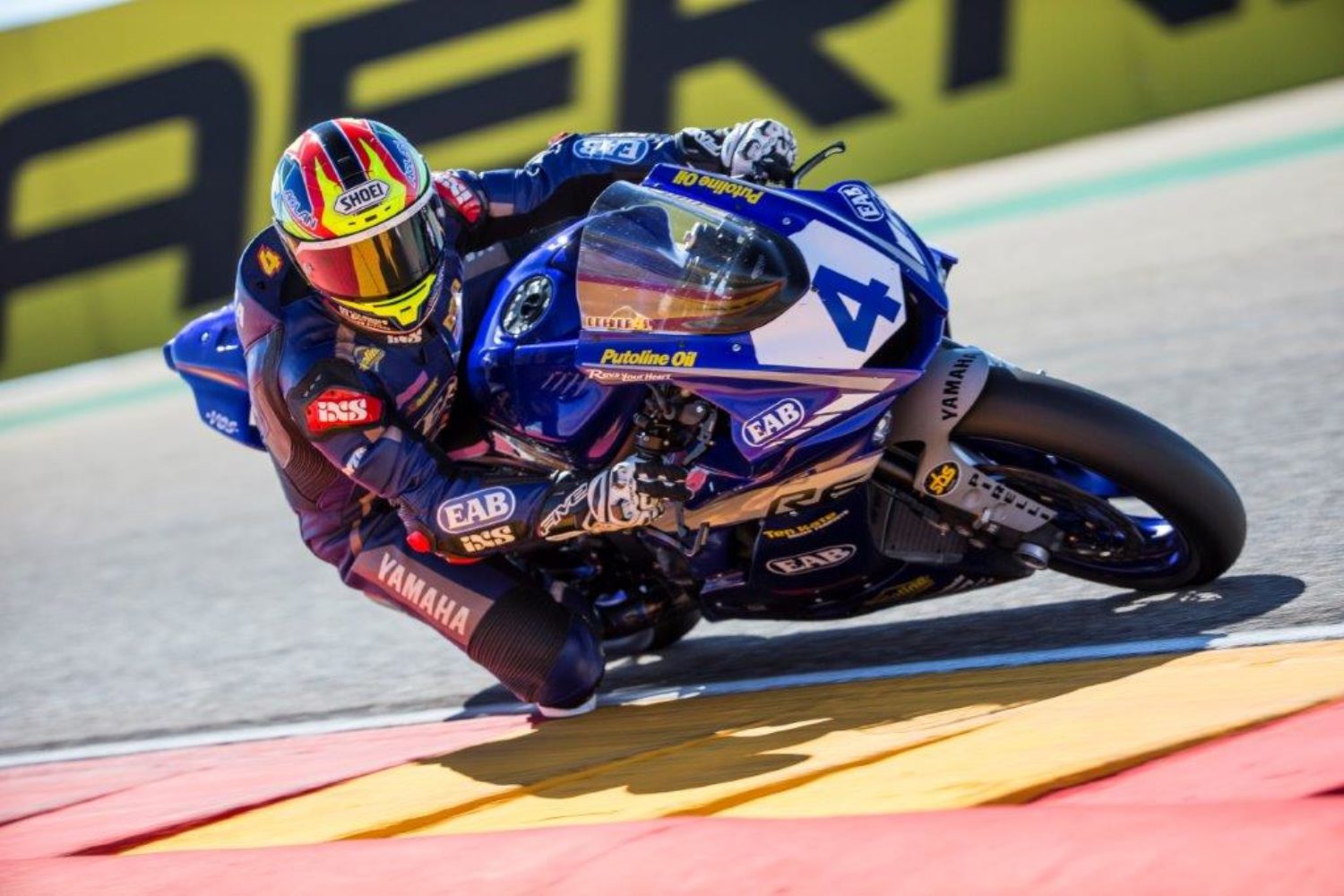 Steven started the WorldSSP Friday in a promising 6th place, within a second of the best time and half a second of the top 3 positions. In the afternoon the South African rider wasn’t able to improve his time because of a lower grip level on a warmer MotorLand Aragon but he was still in 9th after FP2 and in 6th in the combined results, thanks to his time set in the morning session.

Glenn had a promising start as well in the WorldSSP300 Championship as he ended Free Practice 1 in a strong 7th place in Group A, just half a second from the fastest time. During Free Practice 2 he confirmed his improvement over the last race days; he was in 6th place at the end of FP2 and in P7 in the combined results of Group A.

On Saturday EAB Ten Kate Racing rider Steven Odendaal crashed out – unharmed – of the first WorldSSP race at MotorLand Aragon in Spain. Steven had to start the race from the 3rd row of the grid after a 9th place finish in the Superpole session and hold his position in the first corners. But disaster struck before the end of the first lap when Steven had a crash in Turn 14.

Glenn van Straalen ended the Superpole of the WorldSSP300 Championship in 25th place after a crash in the later stages of the session. A disappointing result after a strong Friday and a promising Free Practice 3. Last week, however, he was able to overtake 20 riders at Aragon in Race 2 and that offered perspective for Glenn and his EAB Ten Kate Racing team. But Glenn didn’t finished the race unfortunately, as he had to enter the pits halfway through the race with a technical problem.

After the bad luck on Saturday, all focus was on strong results in the second race of the WorldSSP and WorldSSP300. Steven was the first to take action on Sunday and he had a good start and was in P8 after the first section before he lost some positions in the early part of the race. The second part was quite lonely for him before he won a nice fight with former Grand Prix rider Danny Webb for P9. With Glenn in P19 after WorldSSP300 Race 2, EAB Ten Kate Racing concluded the double race weekend at MotorLand Aragon with mixed feelings, but ready to fight again at Barcelona.

EAB Ten Kate Racing team manager Kervin Bos: “Just like last week, it was not an easy weekend for us here at MotorLand Aragon. Although I’m sure it would have gone better without the crashes on Saturday. But that’s racing and we have to deal with the reality. Next race will be at Barcelona, in two weeks’ time, a track were Steven has tested before and hopefully we will benefit from that. Glenn had the speed for good results, but unfortunately, he had no luck on Saturday and a difficult race on Sunday. Hopefully Barcelona will be better for him.’