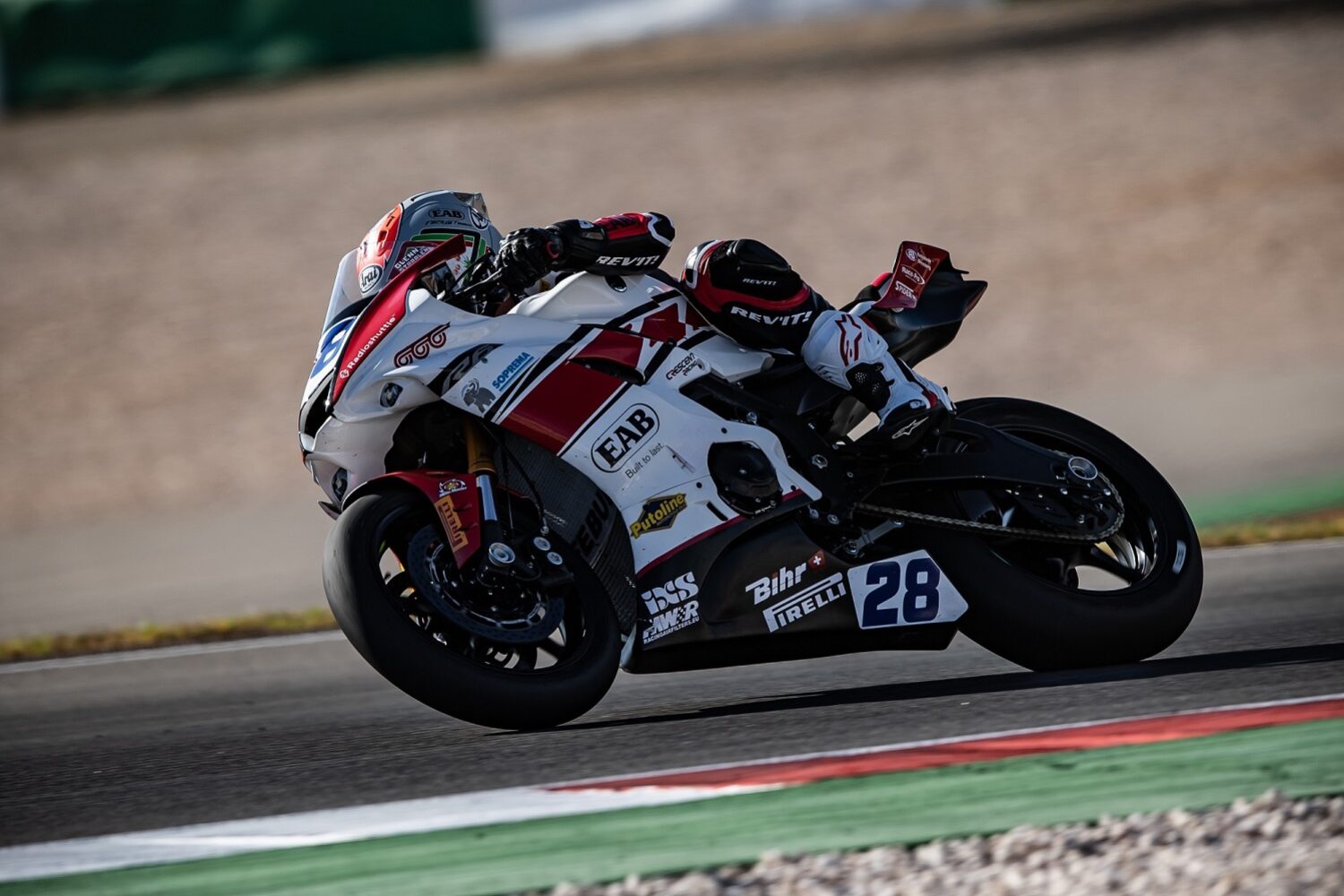 EAB Racing Team rider Glenn van Straalen has crashed out of today’s second WorldSSP race at Autódromo Internacional do Algarve in Portugal. Glenn started from P11 after a very strong Superpole session and was in P9 after the first lap, before he lost two positions when the race progressed.

Overnight rain caused a different grip level at the Portimao race track and a lot of riders had many difficulties with these treacherous circumstances. Unfortunately Glenn was one of the riders who crashed, but luckily rider okey.

Glenn: “We were in a good position and it was a strong race. Unfortunately we were not in the leading group, but we were fighting for a good top-ten result. A small moment caused the end of my race. It was a real shame, because we could have used a finish. I want to thank the team for their work this weekend. We are in good shape and that gives confidence for the upcoming races.”

The next race weekend will be in two weeks’ time as the WorldSSP Championship will race in Argentina at Circuito San Juan Villicum.