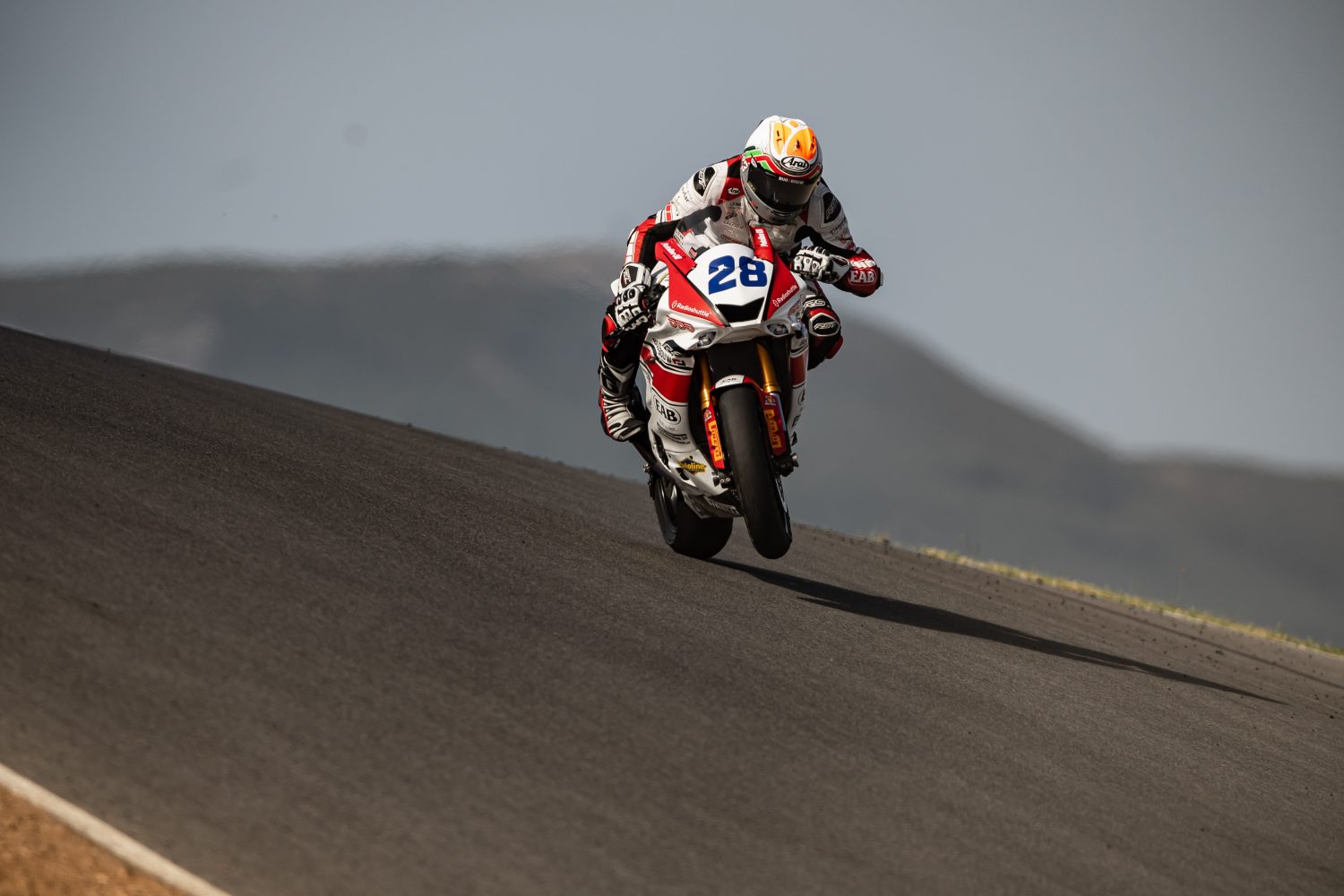 The FIM World Superport Championship was hosted at the Autódromo Internacional do Algarve circuit in Portugal over the weekend from 7 to 9 October. It was the last race weekend on European soil. Glenn and the EAB Racing Team had a difficult weekend. In the first race he finished twelfth and has a DNF in the second race.

On Saturday morning the Superpole started at 10:25 AM local time, 11:25 AM Dutch time. It was an excellent qualifying session for Glenn who clocked several fast lap times. This resulted in a sixth place on the grid for the upcoming races later in the weekend.

The race weekend was overshadowed on Saturday afternoon by a heavy crash of Victor Steeman in the first Supersport 300 race. The first race for Glenn started later Saturday afternoon. Later.The first race on Saturday afternoon was a difficult one for the Yamaha rider. The start from the second row was excellent and Glenn was able to make up several places on the opening lap. During the race there was a large leading group in which the EAB Racing Team rider managed to mix. Later in the race he had to give some ground to the leading group and ended up in a group fighting for ninth place. In the end Glenn finishes in twelfth place.

In the second race Glenn had a good start and had a sublime opening, showing himself strongly in a large leading group. It was a crazy race but unfortunately Glenn crashed on the seventh lap. Fortunately, he is unhurt. It is a shame to end a race weekend like this.

Glenn: “It was a weekend with mixed feelings. The first day was not bad, we knew what to do with the setup for Saturday. During the Superpole I made a big step with lap time. I was qualified on sixth place on the grid. The first race was difficult and I struggled to keep up with the pace of the front group, I finished in twelfth place. In the second race, we showed ourselves strongly in the opening. Unfortunately, I crashed on the seventh lap. Thanks to the EAB racing Team for this weekend. In addition, my thoughts go out to Victor’s family and friends, I hope the best.”

Glenn and the EAB Racing Team close the European races with mixed feelings. The next race is in two weeks on the weekend of 21 to 23 October. Then we will race at the circuit of San Juan Villicum in Argentina.