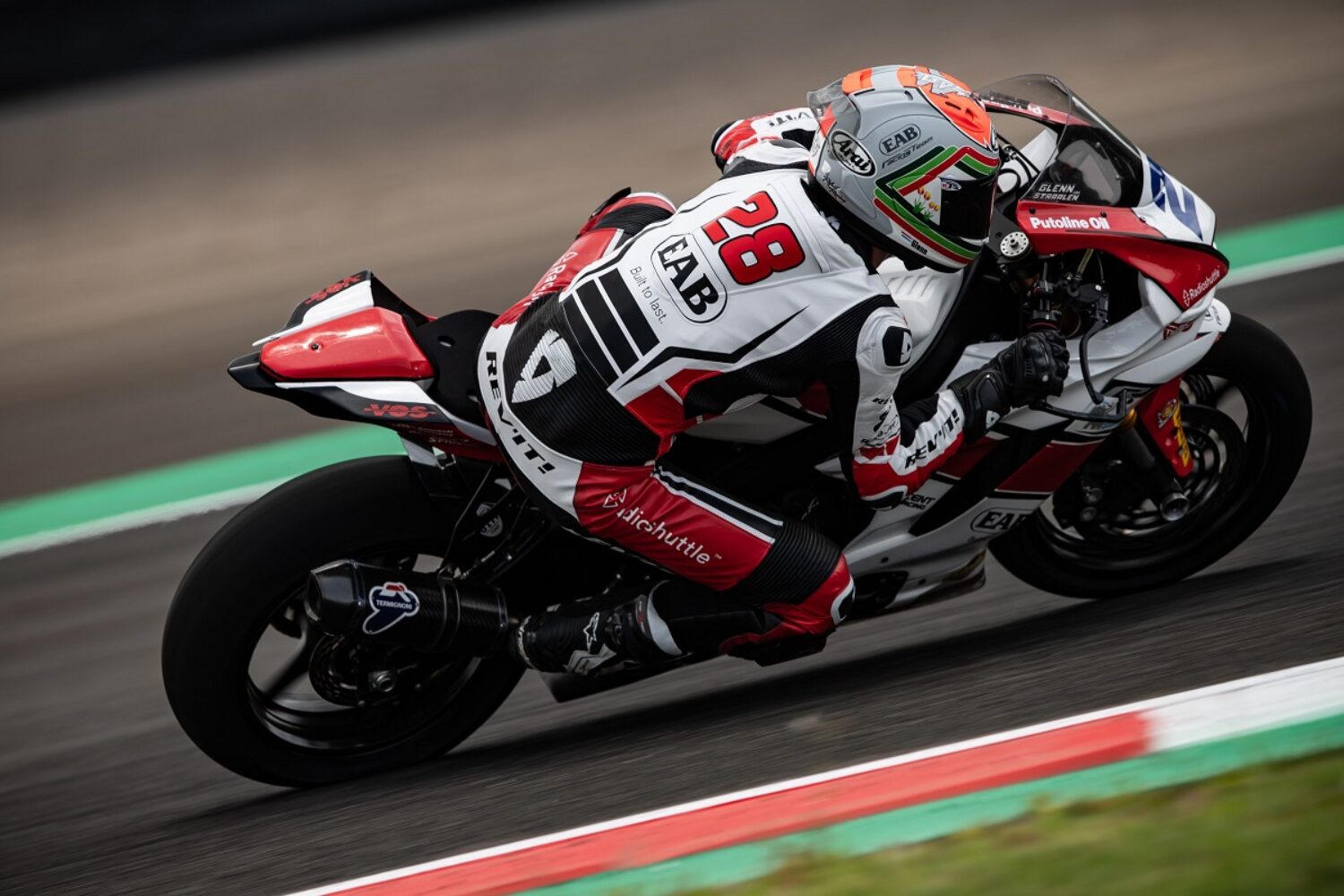 EAB Racing Team and Glenn van Straalen have ended their 2021 FIM Supersport World Championship campaign with three points after finishing Race 1 on Saturday in P13. It was a historical weekend in Indonesia as it was the first ever WorldSSP race weekend at the brand new Pertamina Mandalika International Street Circuit and the last WorldSSP race weekend under the current regulations.

Glenn van Straalen had a difficult start of his weekend after a crash in FP2 and that resulted in a difficult Superpole session as well, but in Race 1 Glenn improved a lot aboard his EAB Racing Team Yamaha R6. He finished Race 1 in a strong P13: ‘It was not a bad race at all on Saturday. From the beginning it was splashing and in the last sector it was really wet, but the rain didn’t really set in. We had a good start and gain some positions in the opening laps, but more importantly we made a lot of progress compared to Friday.’

Rain also played an important role during the Sunday Race, although it rained less heavily than on Saturday. Unfortunately, Glenn had different challenges this time, after an early collision.

Glenn: ‘I had indeed a collision in the first corner, which left a hole in the engine, and I also lost a lot of places after this incident. But I was inside the points again before I had to retire the bike with a technical issue, caused by the turn 1 incident. It’s a shame we lost important track time on Friday, but I would like to thank the EAB Racing Team for their hard work all weekend long. It was not the result we wanted to end the season, but it was still cool to race in Indonesia!’

Ferry Schoenmakers – EAB Racing Team owner: ‘I would like to thank everyone for the great support this season. It was certainly a season full of challenges, but we have ended the year with a top 10 in the Team Standings of the 2021 FIM Supersport World Championship and the podium finish at Assen – our home race – was something really special and something we will never forget. Thanks again to all our team members, riders, sponsors and fans. Soon we hope to announce more details about our 2022 campaign.’