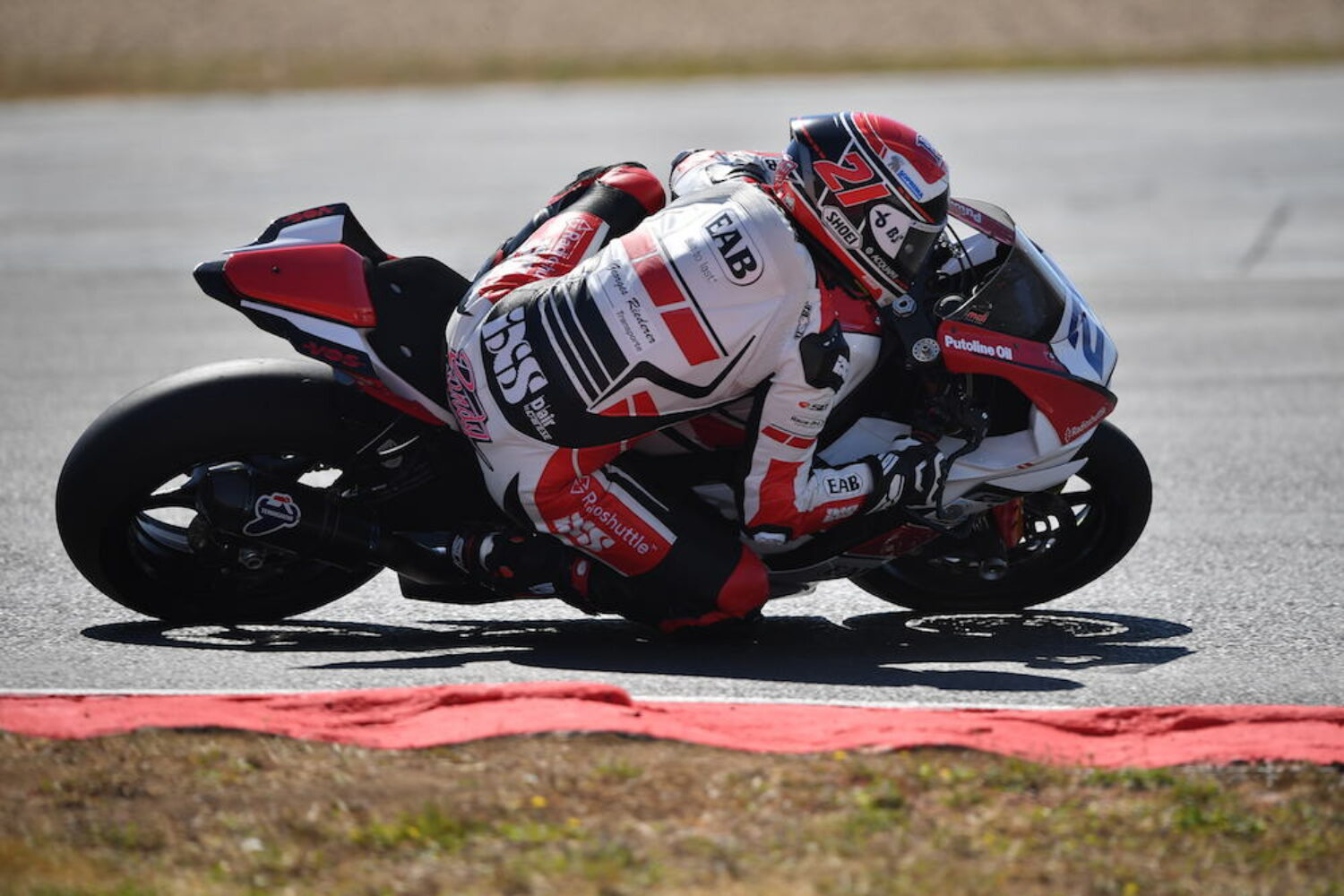 The seventh round of the Supersport World Championship has drawn to a close at the Magny-Cours circuit in France. As usual, riders were out early on this morning for the warm-up, a session in which Krummenacher set the third fastest time.

At 12.30 pm local time, the final race of the weekend got underway. Krummenacher gained a grid position owing to the fact that a rider ahead of him was unable to take part, and therefore started in eighteenth position. The EAB Racing rider immediately made up several positions but was soon brought to a stop with a red flag. At the end of the second lap, an incident involving three riders at turn one forced the marshals to stop the race. And so, just like yesterday, another “quick restart” played out, the grid based on the results of the Superpole race and the race once again reduced from 19 to 12 laps. At 12.50 pm local time, the lights went out and the race started for the second time. Krummenacher, initially eighteenth, made up ground to cross the line fourteenth.

Randy Krummenacher: “It was a very tough weekend. The Superpole result clearly impacted on both races, as starting eighteenth in what was only a 12-lap race really penalised me. When the race began for the first time, I had good feeling and was sure I could run a good race, but then a red flag saw us all head back to the pits. In the second ‘heat’, I immediately noted a lack of grip and so I couldn’t push as I wanted, closing fourteenth. I’m sorry but I will try to look ahead and hope for solutions with which we can do better.”

Ferry Schoenmakers: “It’s been a strange weekend. With both races reduced to 12 laps, those starting further back were penalised. With this format, with the Superpole defining the grid for both races, it’s essential to do well in qualifying, especially when the laps are reduced as we saw this weekend. The next round will take place at the Barcelona Catalunya track on 17-19 September and we hope to be able to score better results for the team and rider.”