An action-packed race 2 at Navarra; Krummenacher crashes but shows improvement 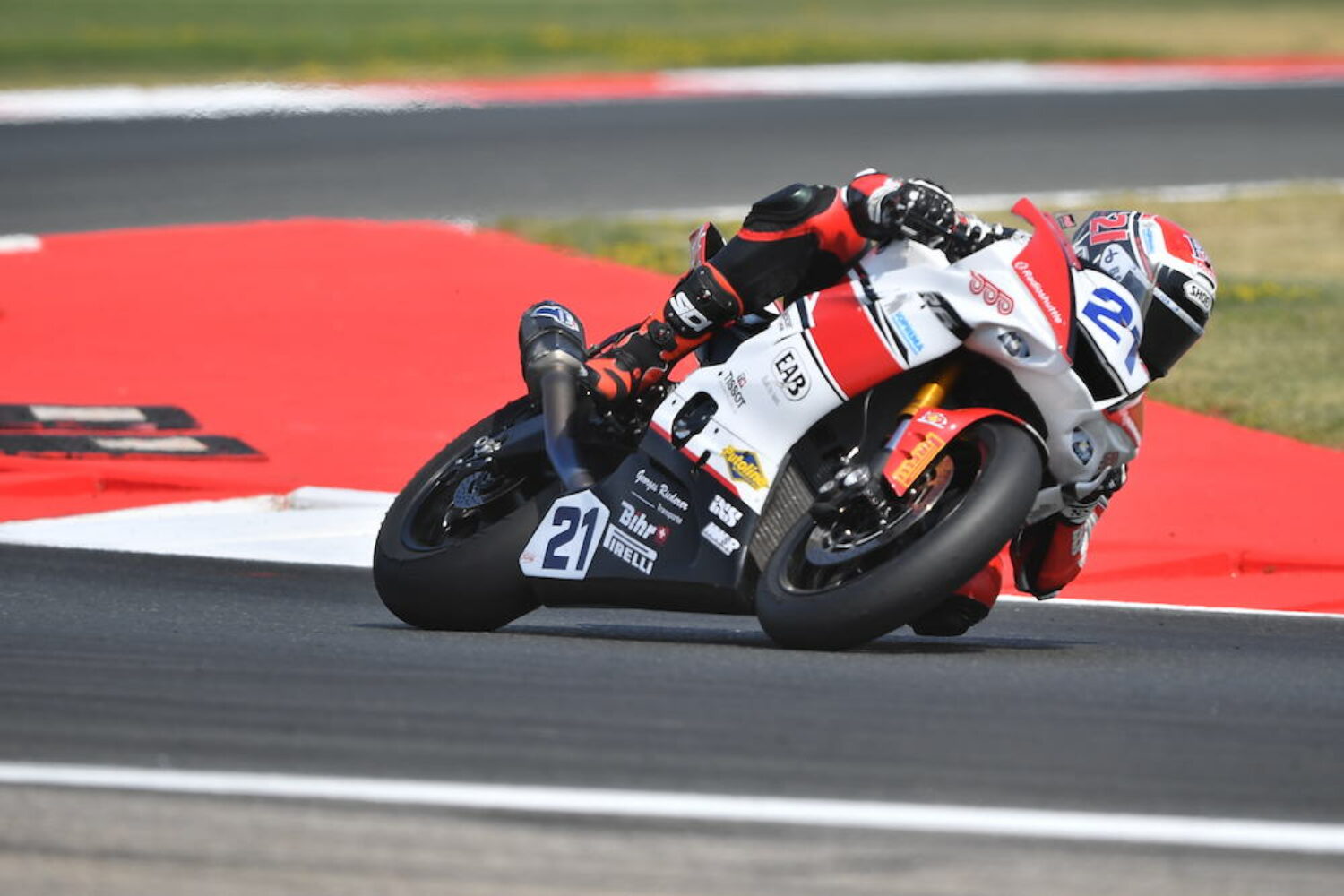 The second race making up round six of the FIM Supersport World championship only lasted three laps for rider Randy Krummenacher. Having been hit by Turkish rider Oncu, the Swiss rider crashed and was forced to return to pitlane to allow his mechanics to fix the bike. Despite having missed five laps, Randy chose to return to the track to finish the race which was subsequently interrupted, on lap fourteen, by a red flag following a rider crash through turn 1.

A day that had started well, Randy in third place in warm-up, but that finished in disappointment. But the team and rider are not losing heart and take the positives from the Navarra race weekend even in difficult moments like today.

Randy Krummenacher: “I went well in this morning’s warm-up and had good feeling at the start of the race too, but unfortunately I was literally knocked down and had no choice but to return to the garage to get the bike fixed. Despite it all, I thought it was a good idea to return to the track and complete the remaining laps. But luck was not on my side today as, before the red flag came out, a wasp got into my boot, stinging me and really bothering me. I was still able to lap in 1’41.857 so I’ll take the positives of this weekend, knowing that we’ve worked well, me and the team, and have taken important steps forward. Both in warm-up and during the laps that I was able to make in the race, I had better feeling with the bike and know that I could be consistent. So I feel positive as we look ahead to the next Magny-Cours round, set to run on 3-5 September.

Ferry Schoenmakers: “We’re really sorry that the second Navarra race finished as it did. Randy and the team worked hard and the results are coming. This morning, we were third in warm-up and could have done well in the race. Unfortunately, it went as it did and all we can do is take the positives, looking at the improvements we’ve seen over the weekend. Thanks to the technicians, mechanics, our sponsors and of course Randy Krummenacher for his commitment and professionalism. We hope to see the benefits of our labour during the next round.”