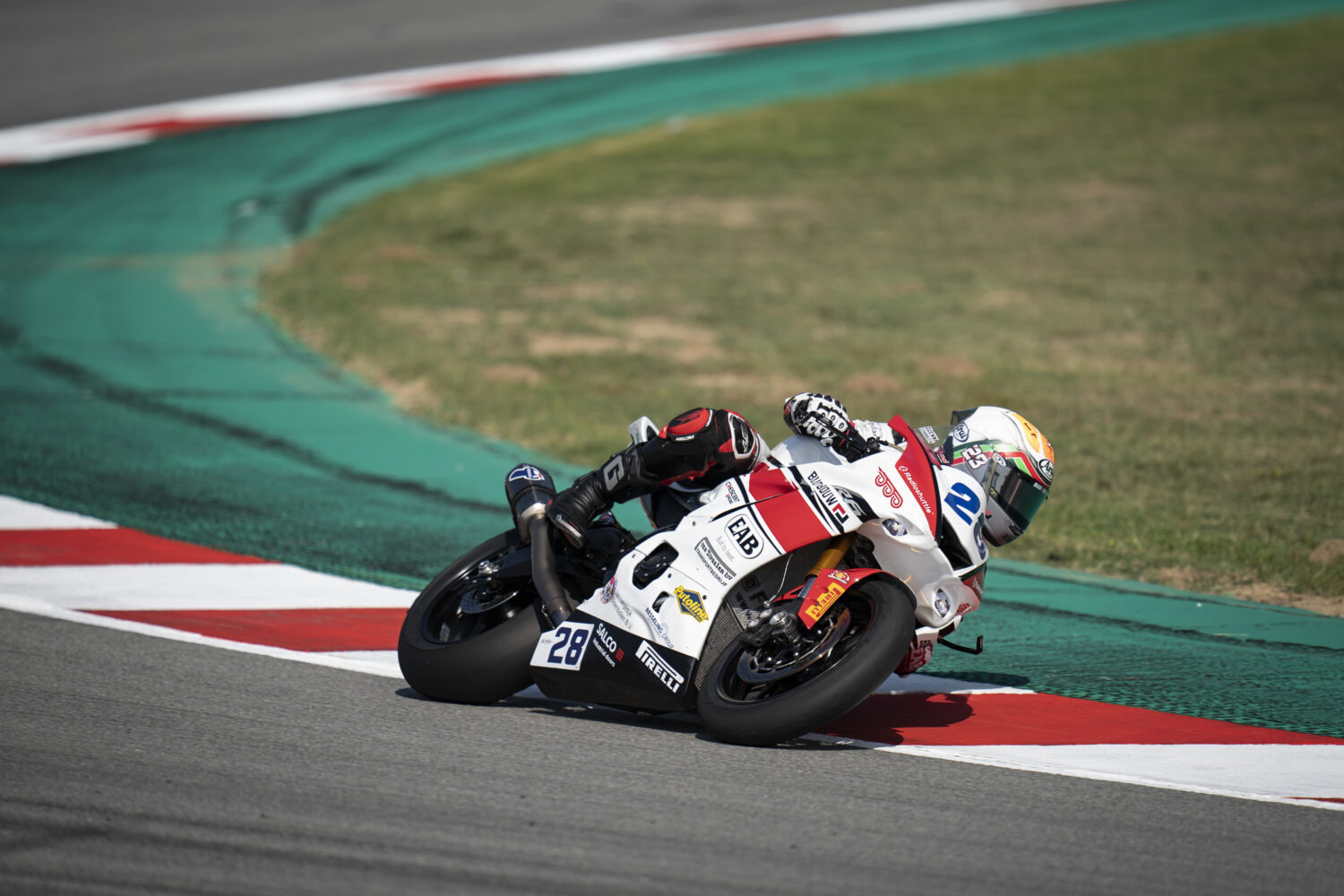 The weekend started off difficult for the EAB Racing Team and Glenn van Straalen. During the first free practice Glenn didn’t have the rhythm and speed, which made it difficult into the raceweekend. Later in the afternoon during the second free practice session, the 21-year-old Dutchman had a better feeling on the Yamaha-YZF-R6. He improved his lap times and that gave confidence for the rest of the weekend.

During the twenty-minute Superpole session, Glenn was keen on a good starting position. From the beginning he was in good shape and was in second place for a time. During the qualifying session Glenn was able to improve well compared to the free practice sessions. The lap times went down and Glenn felt good on the EAB Racing Team Yamaha. He managed to qualify in eighth place.

The first race of the weekend was on Saturday afternoon. Due to a crash at the start, the race restarted at 15:40. On the first pass we saw Glenn come through in thirteenth place but then it was difficult to work his way up. He struggled to overtake during the race, so the EAB Racing Team rider crossed the finish line in ninth.

The last race on Sunday didn’t go as planned. Glenn had a good opening lap and was in a large group of riders fighting for first place. In the seventh lap Glenn made mistake and crashed. He lost the front of his machine in turn ten and went down. Fortunately, Glenn didn’t have any injuries, but it is another DNF.

Glenn: “Overall it was a good weekend. Friday started off a bit tricky and we couldn’t find the right setting that felt good. As the day went on it got better and better. I was keen for a good Superpole. The feeling with the machine had improved a lot and that resulted in an eighth place for the races. During the first race on Saturday afternoon It was a bit harder. I struggled to overtake but the pace was good, so I passed the finish at ninth place in race one. Unfortunately on Sunday I crashed out of the race early. This is also part of racing. Thanks to the EAB Racing Team for this weekend.”

The last European round will take place in two weeks. From October 7 till 9, Glenn and the EAB Racing Team will race their second race of the season in Portugal. This time they travel to the Autódromo Internacional do Algarve in the south of Portugal. This is also the last European race before the crossing to the overseas races.